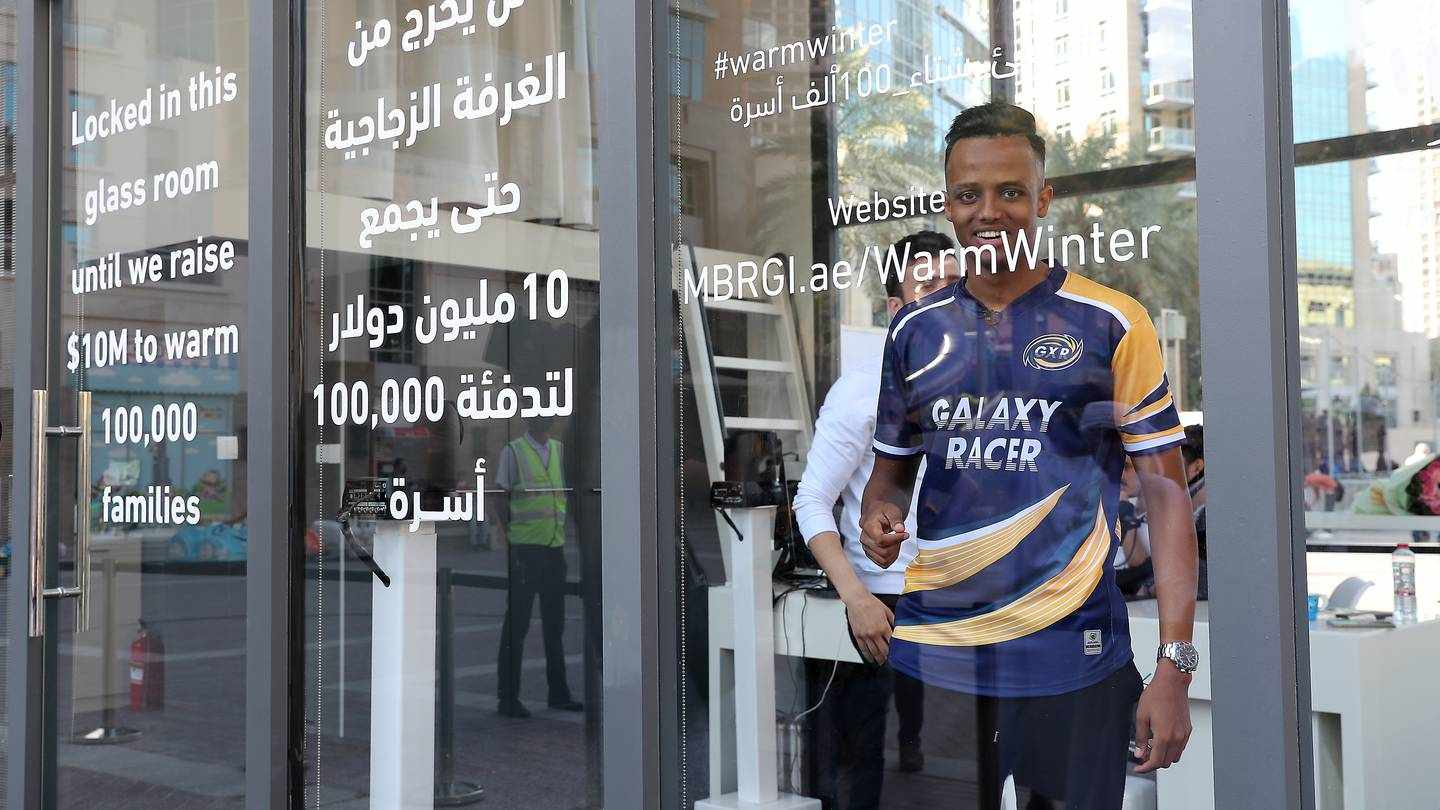 One of the world’s fastest-rising YouTube stars has started his quest to raise $10 million dollars to support refugees across the region − from inside a giant glass box in Dubai.

AboFlah, a gaming content creator with more than 22 million subscribers and almost three billion views, has promised to stay locked inside the structure in Burj Park until the lofty target is reached.

His real name is Hassan Suleiman and AboFlah has won a huge following online thanks to his vlogs, comedy shorts and shows covering video games and popular culture.