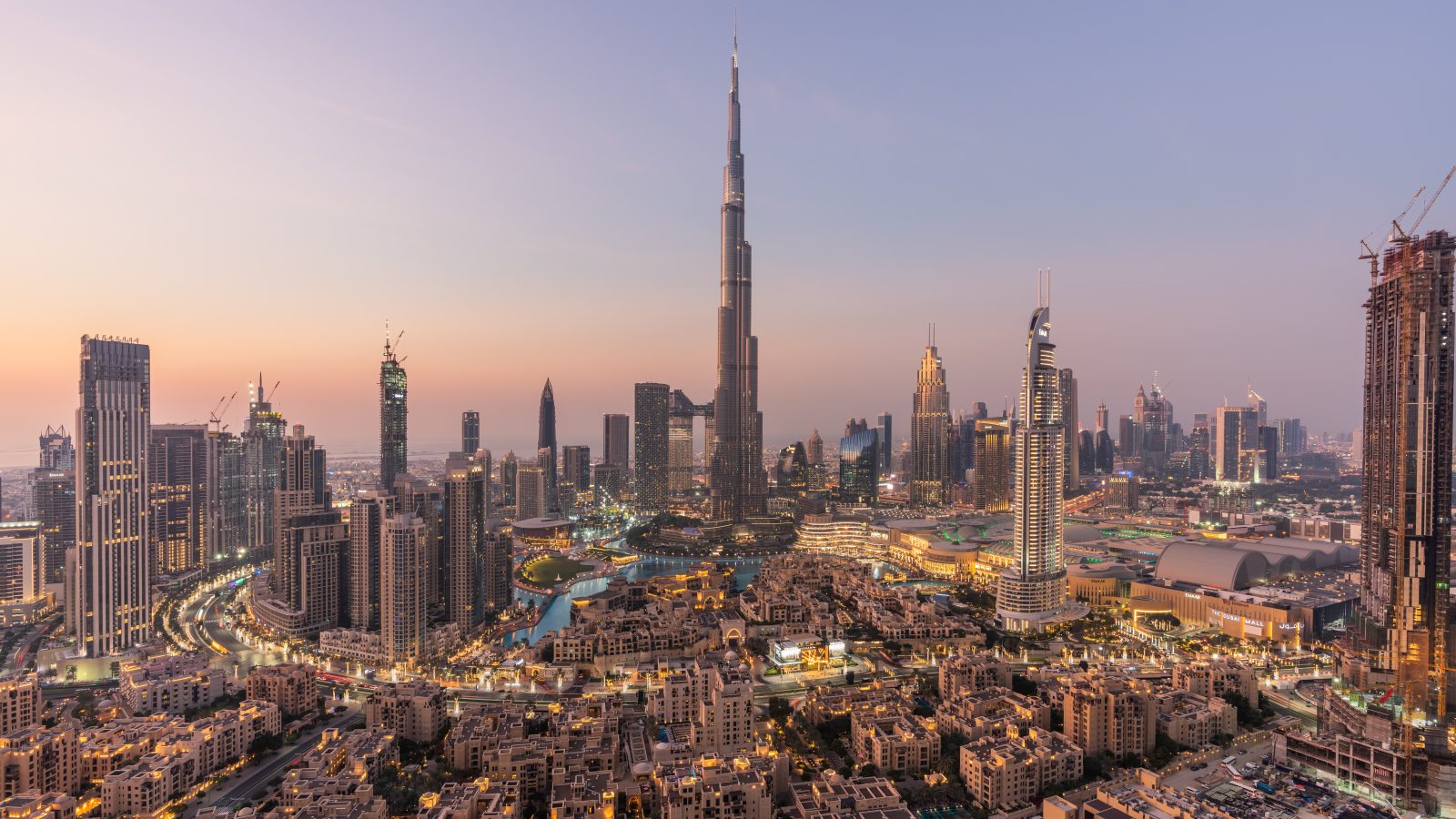 About three months ago, a Bengaluru-based mid-stage fintech startup’s founder was advised by his tax consultant to consider moving to Dubai on a “golden visa.” The tax consultant suggested that the move would help the entrepreneur make massive savings on tax payouts. The entrepreneur refused — for now — because he believes he needs to be in India to keep his startup running. But there are other tech founders in India who are taking this route. “Some unicorn founders in my network have applied for the golden visa. Tax advisory firms here [in India] are asking founders to move to Dubai, especially if they are close to liquidity and exits,” the entrepreneur told Rest of World, requesting anonymity, as he does not wish his investors to feel he has the option to leave India and abandon his startup.

At least half a dozen prominent Indian tech startup founders and several investors have relocated to Dubai, which is quickly turning into India’s proxy tech capital, according to several investors, lawyers, consultants, and entrepreneurs who spoke to Rest of World — all requesting anonymity. Lured by tax reliefs and a friendly policy environment, most of these individuals have emigrated using the golden visa program, which offers five- and 10-years residency to investors, entrepreneurs, researchers, medical professionals, and outstanding students, among others. Since it was launched in 2019, at least 44,000 people have moved to Dubai on a golden visa, according to government data.

“We are going back to the internet-boom era, where most of the tech founders or anybody who thought they could create a good product moved out [of India] — they obviously thought a different country could be more conducive to creating a good startup, getting funding, and just the overall ecosystem being friendly towards them,” said Anoush Bhasin, an independent startup and tax consultant. “India is again being seen as a [place for] talent. It shouldn’t have been the case this time, but since the government hasn’t been friendly, India is again seen as an outsourcing hub.” Bhasin said at least 50 founders in the cryptocurrency and Web3 spaces have relocated to Dubai.

This trend, if it continues, could have a long-term impact on India, especially the country’s startup ecosystem that was slowly built over the last decade and became one of the top 20 global startup hubs in the world. “We will see the continuation of value creation by Indians outside of India; the people and domiciles will not be in India, so the tax collections on income and listings can reduce,” said Pranav Pai, founding partner and chief investment officer at early stage VC firm 3one4 Capital, which has seen some of its portfolio founders also move out recently. “Last five years, India has seen a lot of VC and PE money come; that money stops coming to India because the companies are outside. Then, from a forex perspective, we are also losing the inflow of billions of dollars.”

In an attempt to establish themselves as attractive destinations for tech companies, the Dubai and Abu Dhabi governments have been actively reaching out to Indian entrepreneurs and offering them free or subsidized office spaces and investments in their companies, sources told Rest of World. For instance, Alpha Wave Incubation (formerly Falcon Edge), an early stage $300 million fund anchored by ADQ, the state-owned holding company for Abu Dhabi’s non-oil sectors, asks its investee companies to set up a base in the UAE and offers benefits, such as subsidized hiring and a golden visa, said founders and investors who spoke with Rest of World. Alpha Wave did not respond to queries.

“You see a prominent Indian founder, chances are he or she has a golden visa or has been offered one,” a tech consultant told Rest of World on condition of anonymity. “Even Kunal Shah and Vijay Shekhar Sharma have golden visas, which is why they were able to travel to Dubai during the pandemic.”

Shah, founder of fintech major Cred, did not respond to queries from Rest of World, and Paytm declined to comment.

Most Indian entrepreneurs who have a golden visa or have shifted base are not willing to talk about it openly, fearing retribution from the Indian government, said people from the industry. “Many Indian founders who are moving to Dubai or have a golden visa from there don’t want this to be known publicly because of potential repercussions from the authorities,” a VC told Rest of World, also requesting anonymity.

Among prominent Indian entrepreneurs who multiple sources said have shifted base to Dubai are ed-tech unicorn Byju’s founder and CEO Byju Raveendran, and SoftBank-backed Oyo’s founder and CEO Ritesh Agarwal. Both companies denied these moves.

“The founders have long-stay visas from multiple countries and have no intent to shift base from India,” a Byju’s spokesperson told Rest of World. An Oyo spokesperson said, “Ritesh also does not have any assets, tax payouts in the UAE. OYO of course has investments in multiple countries around the world, including UAE and is a prominent enabler of UAE-India ties. Oyo and Ritesh are proud Indian corporate and individual citizens and will remain that way.”

At least one of the three founders of online stock trading platform Upstox, and founders of B2B startup Fashinza, Pawan Gupta and Abhishek Sharma, have also relocated to Dubai, according to multiple sources. Upstox and Fashinza did not respond to emailed questions sent by Rest of World.

As per industry sources, some partners at venture capital funds Sequoia Capital and Iron Pillar have moved to Dubai in the last 12 to 24 months. Early stage VC firm Accel India has set up an incubation program in Dubai, with possibly two of its staff moving there, a source familiar with the development said. All three VC firms did not respond to queries from Rest of World.

“Founders (in enterprise tech) can have a company outside India and book revenues into that entity without touching Indian borders, while the service they provide can be remote, as it doesn’t affect quality, and this makes it easier to onboard clients and manage currency volatility,” said Punit Shah, managing partner at venture debt firm Alteria Capital. “Middle East funds have also shown strong interest to invest in startups and having a base close to them, [as it] helps in building relatability over time.”

Another reason for this trend is India’s unfriendly regulations around cryptocurrencies and Web3. India currently charges a 30% tax on any income generated from cryptocurrencies and starting July it will also levy a 1% charge on transfer of digital assets — the first of its kind in the world. Indian entrepreneurs have also been dealing with the issues of double taxation on employee stock ownership plan (ESOP) — both at the time of exercising and liquidation — which can make it hard to attract and retain talent.

In comparison, the UAE does not levy any income tax on individuals. Also, Dubai has created a more conducive environment for crypto startups, with the government, in March, having approved a law for digital assets and created the Dubai Virtual Assets Regulatory Authority. Queries sent to Digital Dubai did not elicit a response at the time of publishing this story.

Taimur Malik, a partner at law firm Clyde & Co., who helps startups with company structures in the UAE, said several VC funds that are based out of the UAE increasingly want the holding companies of their portfolio startups to be based in the region. Two free economic zones, the Abu Dhabi Global Market and the Dubai International Financial Centre, are among the favorites for international startups to register their holding companies. Being in the UAE gives startups a chance to expand into the Middle East and Africa.

Having offices in Dubai also makes it easier for Indian startups to hire global talent, as the city offers a better standard of living, Malik said. “Talent acquisition is a key thing here because startups can hire tech diaspora people and ask them to relocate to Dubai rather than work out of Bengaluru or Gurugram,” he said. Sources who spoke to Rest of World estimate that around 8,000 to 10,000 from the Indian startup ecosystem, including employees, founders and investors, have moved to Dubai in the last two years.