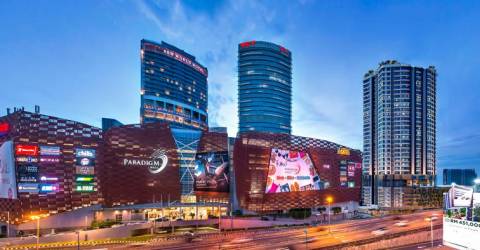 The group revealed that the amount will take the form of an upfront payment of RM318.56 million, equivalent to 25% of the tribunal award settlement sum, followed by 12 quarterly payments of RM42.47 million representing another 40% of the sum, commencing Oct 20.

According to its Bursa filing, subject to the initial payment due on July 20, WCT has agreed to waive and discharge the remaining 35%, and the proceedings will be withdrawn.

However, should Meydan default on the initial payment, it said that the settlement agreement will be scrapped and the final award of RM1.31 billion by the tribunal will remain in full force and the group will be at liberty to resume legal proceedings.

“The board of directors of WCT is of the view that, barring any unforeseen circumstances, the settlement when completed, is expected to contribute positively to the earnings per share and net assets per share of the group,” it said.

In 2007, WCT and its 50-50 joint venture partner Arabtec Construction LLC had secured a RM4.6 billion contract to build the racecourse in Dubai.

Meydan terminated this project in 2009, citing an alleged breach in the form of non-adherence to agreed construction schedule and called on the performance and advance payment bond – a claim the joint venture contested.

Subsequently, in 2015 the Dubai International Arbitration Centre ruled that Meydan’s cancellation and purported termination of the contract was unlawful, invalid and of no effect.