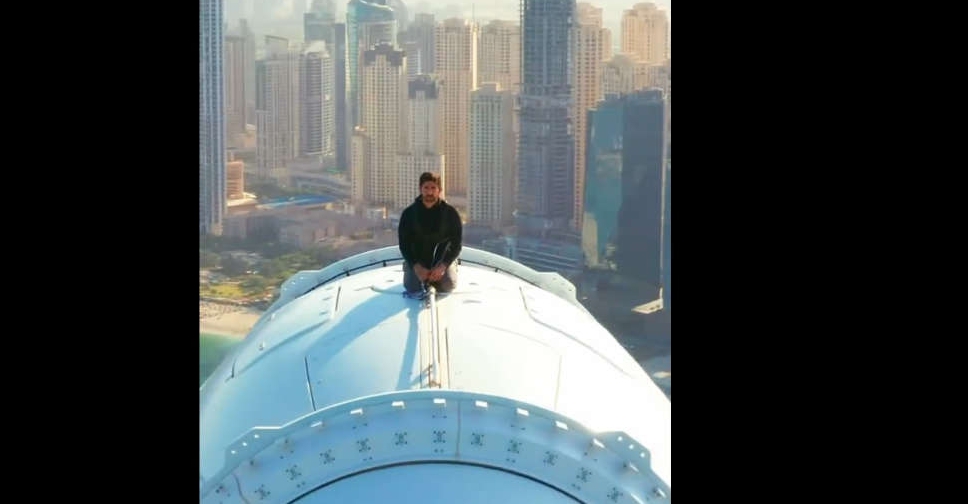 What’s it like to have your cup of coffee at 250 metres above the famed Dubai skyline?

Well, nothing short of spectacular.

Only, he isn’t seated inside the pod, but on top of it.

Sheikh Hamdan also posted a picture with the technicians who helped him complete the ride safely, with the caption: “A harness and a blue sky”.

Ain Dubai officially opened its doors to the public on Thursday, with a host of exciting celebratory events to mark the occasion.