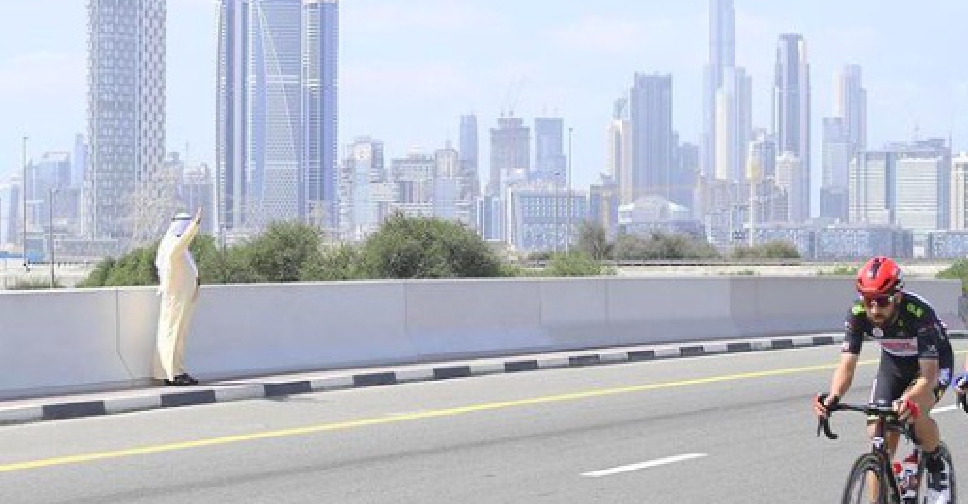 His Highness Sheikh Mohammed bin Rashid Al Maktoum, Vice President and Prime Minister of the UAE and Ruler of Dubai, was seen greeting the UAE Tour cyclists as they completed Stage 6 in the city on Friday.

The penultimate stage started from Deira Islands and snaked through 165-kilometre of the city before ending at the Palm Jumeirah.

The leader wished the cyclists success and expressed happiness at seeing a healthy mix of international participants.

Sheikh Mohammed highlighted that the International Cycling Federation’s decision to host the event in the UAE is a testament to the country’s immense capabilities at hosting such competitions.

In Its third edition, the seven-day tour, organised by the International Cycling Federation has seen the participation of 140 riders from various parts of the world, including the UAE.

It’s scheduled to conclude on Saturday in Abu Dhabi.