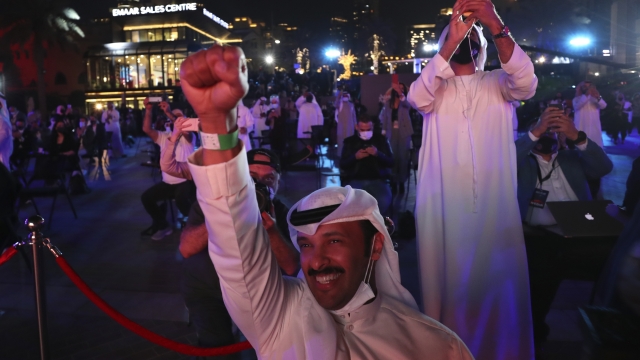 The probe is the first of three spacecraft scheduled to enter the atmosphere of the red planet during February.

An unmanned spacecraft from the United Arab Emirates is orbiting Mars after a successful entry into the planet’s atmosphere on Tuesday.

The arrival of the probe — known as amal or “hope” — marks the country’s highly anticipated first interplanetary mission.

The probe is tasked with taking measurements of the planet’s atmosphere and has arrived after traveling through space for roughly seven months and 300 million miles. It’s alignment into orbit was the result of a series of complex turns and engine firings over the course of 27 minutes.

Assembled in Boulder, Colorado, but launched in Japan, the United Arab Emirates probe now joins six spacecraft in operation around Mars according to the Associated Press. Two more are scheduled to join the planet in days ahead, including NASA’s Perseverance Rover on February 18.

On Tuesday NASA gave a shout out the scientists behind “hope,” tweeting: “Welcome to the Red Planet. And congratulations.”

Additional reporting by Isabel Debre of the Associated Press