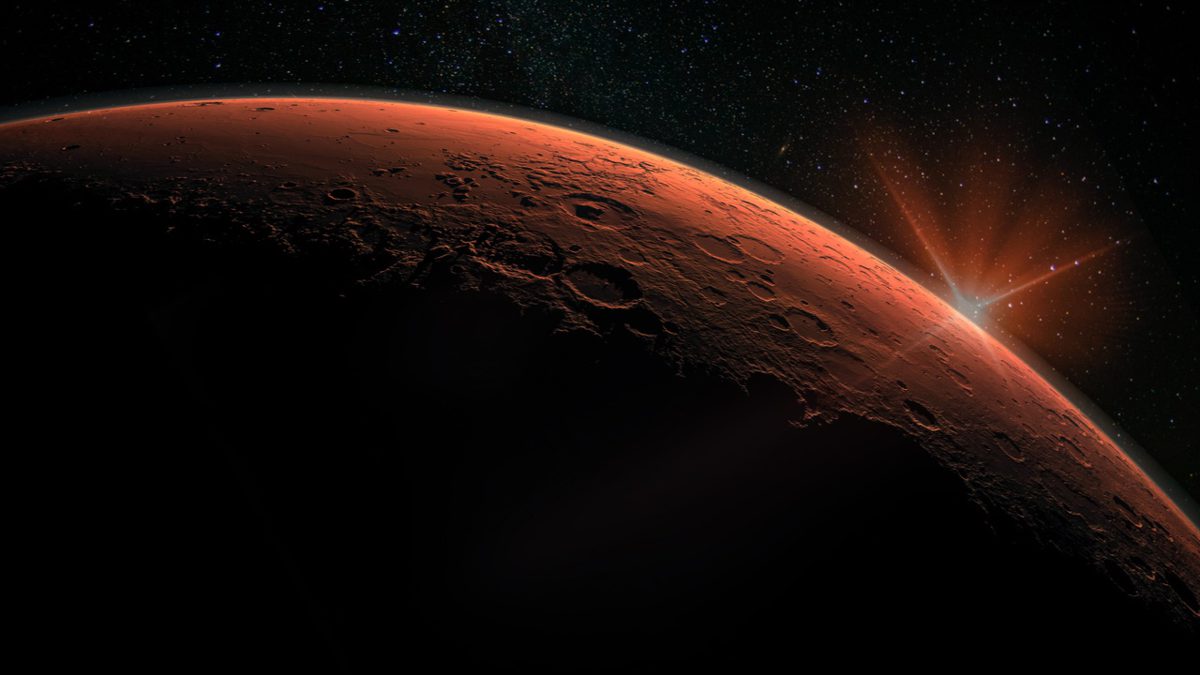 The successful entry of Hope Probe into Martian orbit marked a great leap forward for the Emirates in the global cosmic race, and the country isn’t holding back on celebrating this feat. Visuals of the crucial maneuver of adjusting speed to be accepted in the red planet’s inner circle was savoured by UAE’s residents and audiences across the globe.

After becoming the third country to make the breakthrough in its first attempt, the UAE is set to receive 1000 GB of data about Mars, starting from September. But before the first set of information arrives, Hope Probe has relayed a breathtaking view of the red sphere to authorities back home in the Emirates.

Having shared the mission’s first glimpse where the planet looked like a red dot, Dubai’s ruler Sheikh Mohammed Bin Rashid has now tweeted the new majestic image of Mars. The recent snap has been taken from a distance of 25000km, using a multi-wavelength, radiation tolerant camera for producing 12 megapixel images.

The planet’s north pole is visible in the image, followed by the Solar System’s largest volcano being revealed by the sunlight. Canyons as well as ice clouds are also clearly distinguishable from the picture. More images to follow will provide insight into climatic changes and weather patterns on Mars, along with more data about the notorious massive dust storms on the red planet.

Apart from the camera, Hope probe also carries an infrared spectrometre which will study distribution of ice clouds, vapour and dust, as well as temperature on Mars. Then there’s the ultraviolet spectrometre to measure amount of carbon monoxide and oxygen in the red globe’s atmosphere.

The project will enter its fourth phase in April, after which it’ll start collecting complete planet-wide pictures of Martian atmosphere and weather, 24 hours a day for an entire year. Although presently the plan is to gather info till 2023, the cosmic vehicle can be used for two more years.