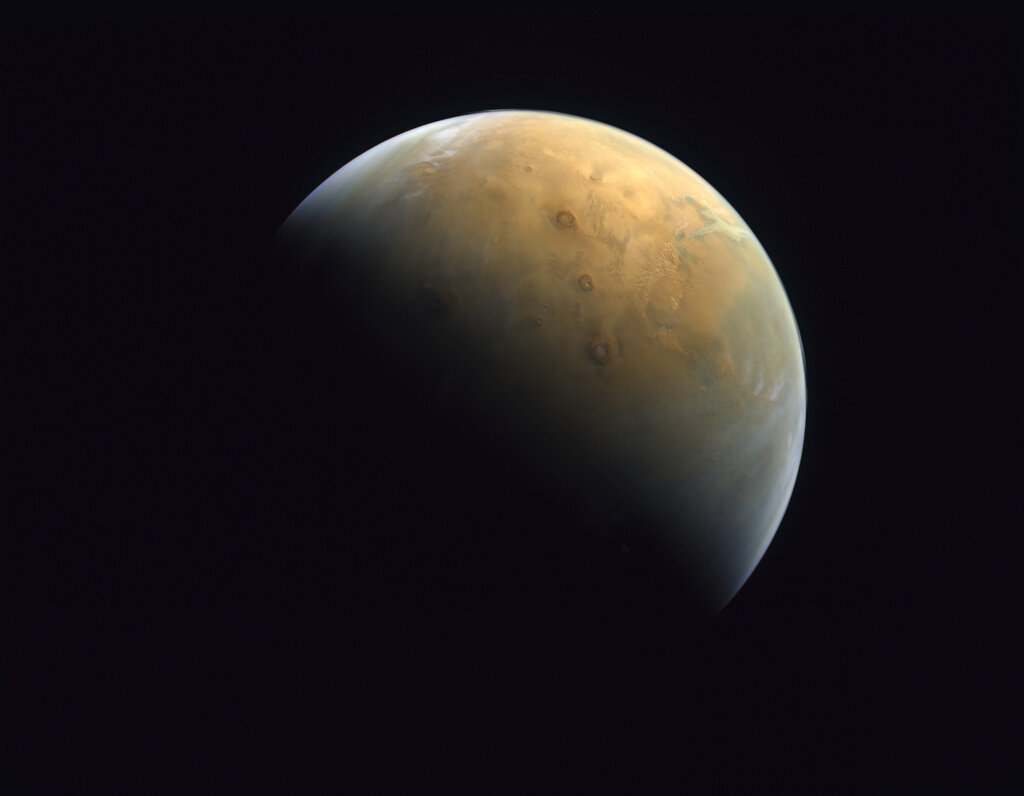 (CBS Newspath) – A new photo from out of this world shows a spectacular view of Mars. Celebrations broke out at mission control in Dubai last week as a spacecraft from the United Arab Emirates swung into orbit around Mars after a 300-million-mile journey that took seven months.

The space probe named “Hope” captured the image about 15,000 miles above the Martian surface on February 10, 2021. You can make out Olympus Mons, the largest volcano in the solar system.

The UAE is the first Arab country to reach Mars. The mission is designed to reveal the secrets of Martian weather, but the UAE also hopes to inspire young people. “I truly hope this mission will impact an entire generation to strive to things that are even bigger,” says Sarah al-Amiri, chair of the UAE Space Agency.

“Hope” will circle Mars for the next two years.

China’s probe reached the planet just a day after the UAE’s. And on Thursday, NASA’s “Perseverance” rover is scheduled to land.