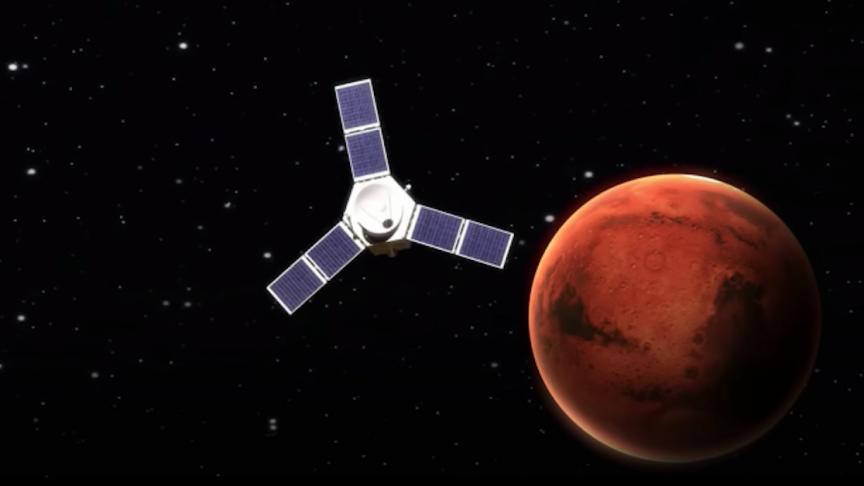 The United Arab Emirates’ Hope Mars mission, expected to arrive at Mars tomorrow, Feb. 9, will be the first of three missions set to reach the Red Planet this month.

The UAE, China, and the United States all took advantage of a period last July when the Earth and Mars were closer to each other than usual to launch their separate projects.

If all goes to plan, the Mars Hope mission will make the UAE the fifth nation to ever reach Mars, CNN writes, with China becoming the sixth the following day.

The US, India, the former Soviet Union, and the European Space Agency are the only other entities to have reached Mars in the past.

“Hope” — or “Al-Amal” in Arabic — will orbit Mars for at least one Martian year (687 days), while China’s Tianwen-1 and NASA’s Mars 2020 Perseverance rover will both land on Mars’ surface.

Hope mission at ‘most critical’ juncture

Having launched from Japan last July, the Hope mission is at its “most critical and complex” juncture, Emirati officials say — the probe reportedly has a 50-50 chance of successfully entering Mars’ orbit.

The spacecraft has to slow significantly by rotating and firing all six of its Delta-V thrusters for 27 minutes to reduce its cruising speed of 121,000 kilometers (about 75,000 miles) per hour to about 18,000 kph.

The process of slowing down will consume half of the craft’s fuel and will begin on Tuesday at 1530 GMT. There will be an 11-minute delay on the signal from Mars reaching ground control at the UAE.

The Hope probe was designed to provide a comprehensive image of the Red Planet’s weather dynamics. It also adds to the global scientific community’s efforts to eventually send humans to Mars and establish a colony on the planet.

Hope will begin transmitting information to Earth in September 2021, where the data will be available for scientists around the world to study.