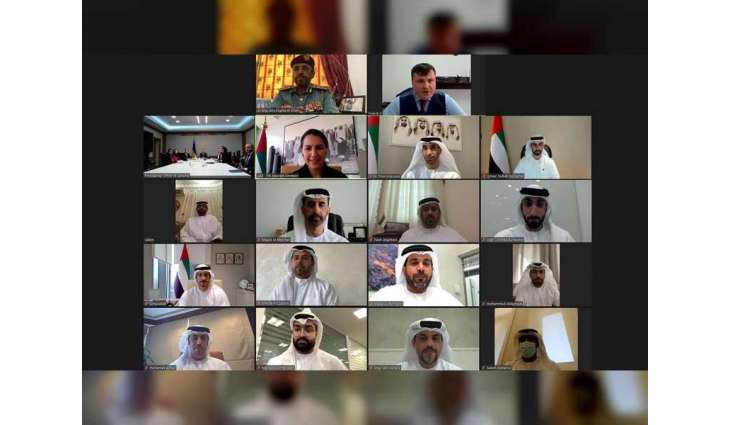 DUBAI, (Pakistan Point News – 27th Feb, 2021) The joint UAE-Ukraine Coordination Committee has held its first remote meetings under the co-chairmanship of Mariam Bint Mohamed Almheiri, Minister of State for food and Water Security, and Andrei Yarmak, Head of the Office of the President of Ukraine, to discuss plans aimed to strengthen the strategic partnership between the two countries.

The meeting, held on Thursday, came following the first visit of Volodymyr Zelensky, President of Ukraine, to the UAE. In attendance during the meeting were Dr. Thani bin Ahmed Al Zeyoudi, Minister of State for Foreign Trade; Omar bin Sultan Al Olama, Minister of State for Artificial Intelligence, Digital Economy and Teleworking Applications; Major General Pilot Falah Mohammed Al Qahtani, Assistant Under-Secretary of the Ministry of Defence for Policies and Strategic Affairs, and UAE Ambassador to Ukraine Salem Ahmed Al Kaabi, in addition to a number of Ukrainian officials.

“The Ukrainian President’s visit to the UAE resulted in setting up a clear strategy to enhance the strong strategic relations between the two countries, which would contribute to opening doors for exploring new cooperation prospects. The visit also paved the way to form the Joint UAE-Ukraine Coordination Committee, which sets goals and timelines to take our strategic partnership to a new level,” said Almeheiri.

“I am honoured to chair the work of the committee and to cooperate with my fellow ministers and the Ukrainian delegation, to boost the strategic partnership between our two countries. We will work together over the coming months to explore initiatives that will contribute to increasing our trade volume and improve our economy on the basis of trade, investment and joint interests,” Almeheiri noted.

A roadmap to enhance trade, investment and other issues was discussed at the meeting.