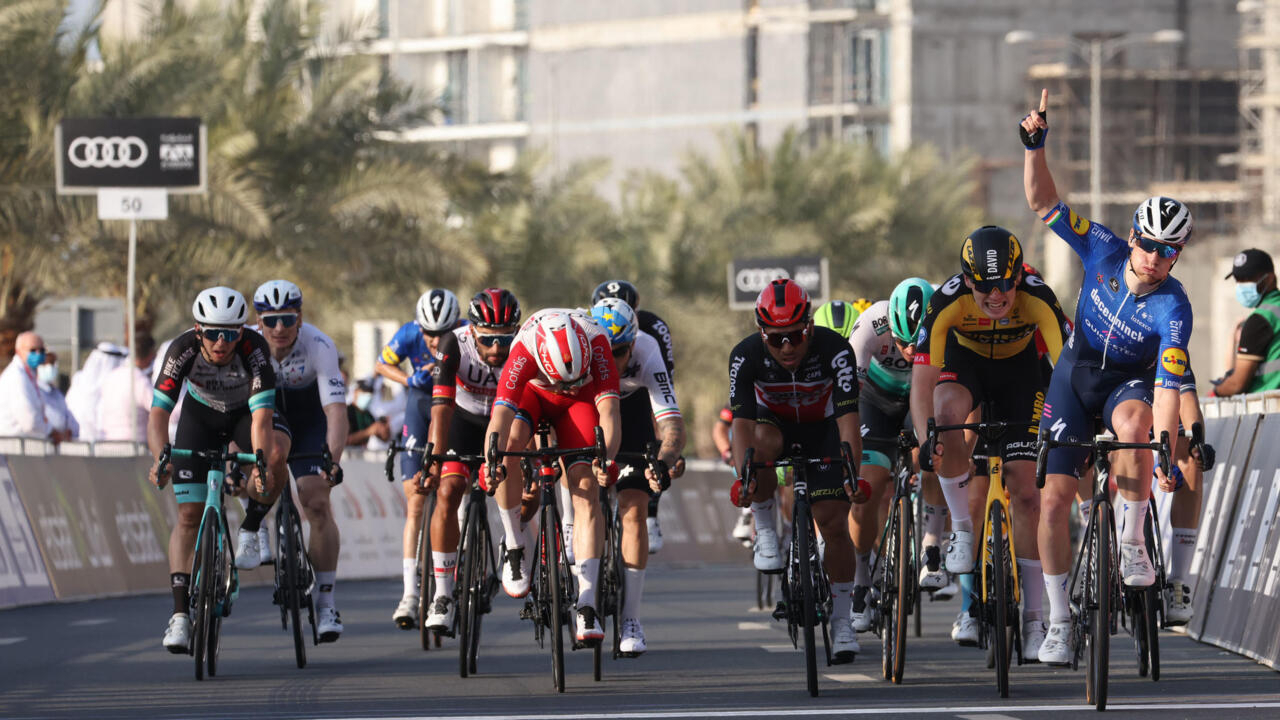 Irishman Sam Bennett opened his 2021 victory counter on Wednesday at Marjan Island, stage 4 of the UAE Tour, for the 50th success of his career.

The rider of the Deceuninck team, winner last year of two stages of the Tour de France, won clearly in the sprint against the young Dutchman David Dekker (23 years old, Jumbo Visma), already second on Sunday behind his compatriot Mathieu van der Poel.

Slovenian Tadej Pogarcar (UAE Emirates), who finished 20th on the stage but at the same time, kept his leader’s jersey.

“Dekker is a talent, we will soon have more opportunities to see him,” said Bennett (30) of the Dutchman, son of former rider Erik Dekker, who is making his debut in an elite team. (WorldTour).

Regulars on the podiums, such as the Australian Caleb Ewan (3rd), the Italian Elia Viviani (4th), the German Pascal Ackermann (6th) and the Colombian Fernando Gaviria (9th), also had to bow at the end. 204 kilometers.

This stage, without difficulty of relief and without consequence on the general classification, started and arrived at Marjan Island, an artificial island located in the most northerly emirate of the United Arab Emirates (Ras al Khaimah).

Slovenian Tadej Pogacar, with a 43-second lead over Briton Adam Yates, therefore tackles the 5th stage in a strong position, which ends Thursday in Jebel Jais after 169 kilometers, for the second finish at the top of the competition (21 , 5 km at 5.4%).

The race arrives for the second time in its history at this site located at 1489 meters above sea level, two years after the success of the Slovenian Primoz Roglic.