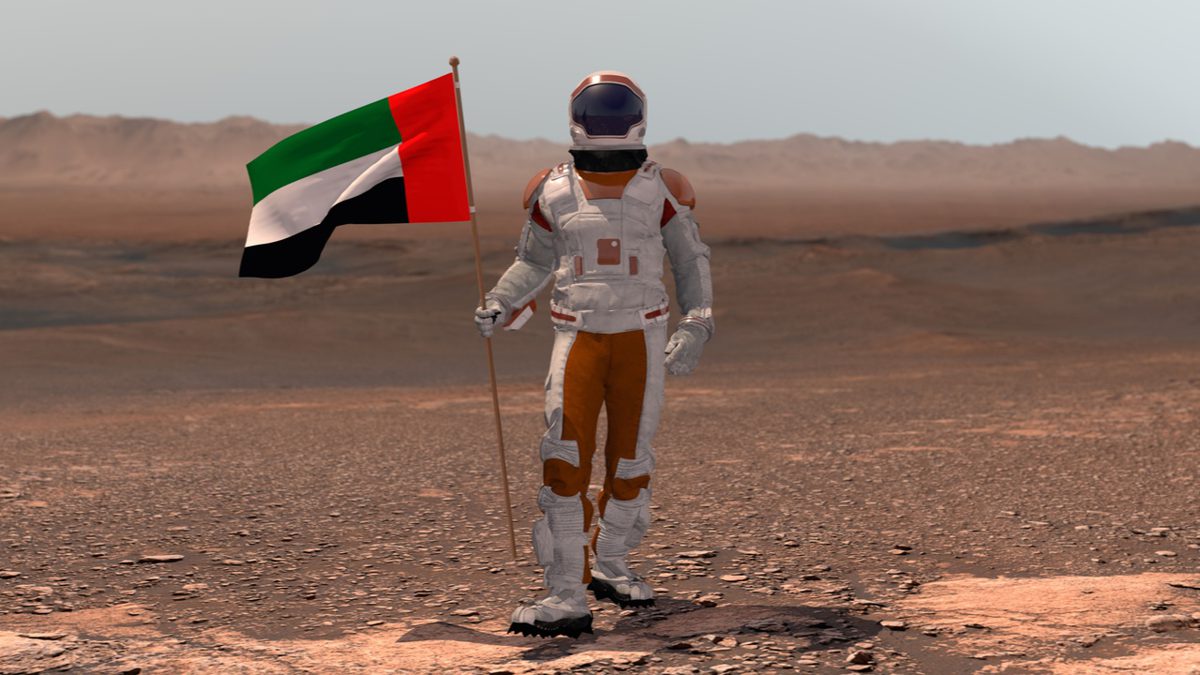 UAE’s debut in the interplanetary race has come closer to embracing success, and this achievement promises to be a major milestone in the country’s journey to become a tech-savvy global power. From bathing landmarks like Burj Al Arab and the Museum of the future in red, to broadcasting history in the making live at theatres, the Emirates isn’t holding back on its celebratory zeal.

As the whole world is closely watching the gulf nation’s Martian voyage reach its destination, tourists are also flocking to Dubai which has evolved as a digitally-equipped safe haven against covid. In a bid to celebrate its march forward in the space race with global citizens, the Emirates will mark passports of visitors with stamps that use ink made from materials similar to Martian rocks.

Volcanic basalt stones similar to the red ones found on Mars, were extracted from deserts of the Emirates to create the limited edition ink. The rare material, which dates back tens of millions of years, was crushed into a paste and then dried before creating a mixture used for the celebratory stamps.

The symbol inked on passports is an Emirati emblem that signifies the doctrine of impossible is possible, that guides initiatives for progress in the country. The move to use rocks resembling Martian land, follows the development of the prototype for a city envisioned on the red planet, in the Emirati desert.

UAE’s achievement also marks a celestial leap forward for the Arab world, and neighbours like Jordan are also shining red lights on landmarks to join Emiratis in celebration.

The success of the Hope probe follows UAE’s launch of an intelligence gathering satellite and development of second homegrown commercial satellite last year. This feat will encourage Bahrain, Kuwait and Egypt, which have their ambitious projects in space lined up for the coming year.