Lunar exploration firm iSpace said Wednesday it will transport a United Arab Emirates unmanned rover to the Moon next year, as the Gulf state seeks to expand its space sector.

The UAE — made up of seven emirates including the capital Abu Dhabi and freewheeling Dubai — announced in September 2020 that it planned to launch the “Rashid” rover by 2024.

The rover “will be transported to the Moon on iSpace’s lunar lander” during a mission in 2022, the Japanese company said in a statement.

iSpace “will deliver the Emirates lunar mission’s ‘Rashid’ rover to the Moon, provide wired communication and power during the cruise phase, and engage in wireless communication on the lunar surface”.

The UAE is a newcomer to the world of space exploration but is quickly making its mark.

In September 2019, the oil-rich country sent the first Emirati into space as part of a three-member crew that blasted off on a Soyuz rocket from Kazakhstan for an eight-day mission.

Then in February, its “Hope” probe successfully entered Mars’ orbit on a journey to reveal the secrets of Martian weather, making history as the Arab world’s first interplanetary mission.

iSpace, which was founded in 2010, will use Elon Musk’s SpaceX (Falcon 9) rocket for its first mission to launch a lander next year — set to blast off from Florida in the United States.

Dubai’s ruler Sheikh Mohammed bin Rashid Al-Maktoum has said that the Emirati-made rover will cover “areas not yet reached in previous exploration missions”.

It is part of the country’s strategy to build new knowledge-based and scientific capabilities, he added.

The project marks another first for the UAE, making it the first trip to the Moon by an Arab country.

The Dubai Media Office has said that the 10-kilogramme (22-pound) rover will be an integral part of efforts to build the first settlement on Mars in 2117 — one of the UAE’s most ambitious plans. 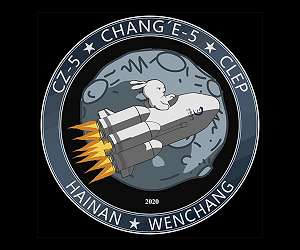