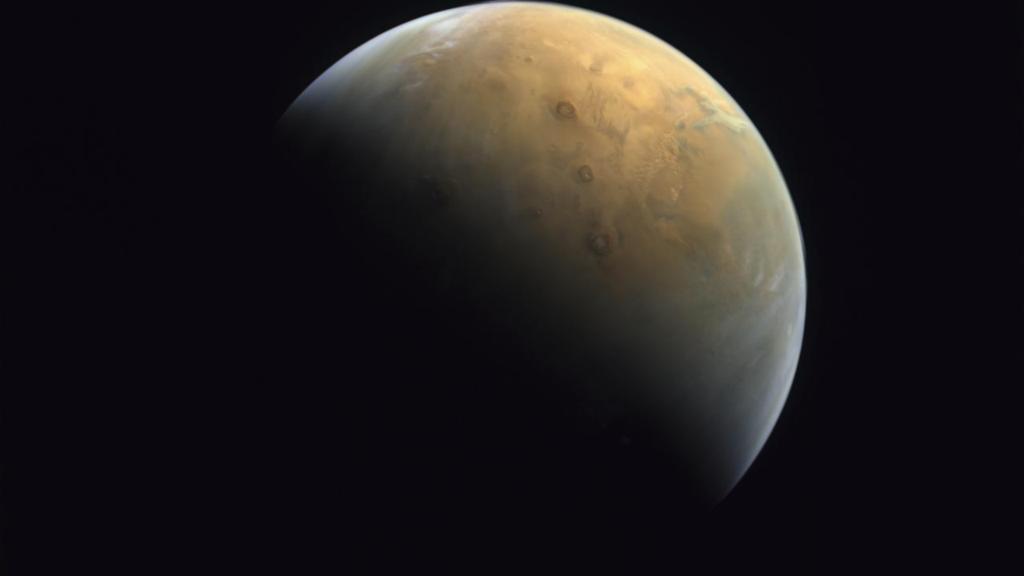 The United Arab Emirates’ Hope space probe has transmitted its first image from Mars, five days after it entered the red planet’s orbit, the Gulf country’s leaders said on Sunday.

On Tuesday, the probe reached Mars after a seven-month journey, making the UAE the first Arab country to launch a successful interplanetary mission.

“The transmission of the Hope Probe’s first image of Mars is a defining moment in our history and marks the UAE joining advanced nations involved in space exploration,” Mohammed, the country’s crown prince, wrote.

The Hope spacecraft – or Amal in Arabic – was launched from Japan in July.

The probe is expected to spend two years in orbit, capturing images and studying the planet’s atmosphere and changing seasons. The data will be shared with the international scientific community.

The success of the mission makes the UAE the fifth country worldwide to reach the Red Planet.

The UAE has already unveiled an ambitious space programme, which includes building a human settlement on the red planet by the year 2117.