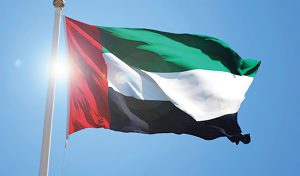 The UAE has enhanced its ranking to be first globally in overall business skills proficiency, according to Coursera’s latest Global Skills Report. In last year’s report, the country ranked second in the world and led the Middle East and North Africa region.
Learners in the UAE were placed in the top 100 percentile, compared to their peers globally, in several areas of business skills, such as leadership and management, strategy and operations, communication, human resources, and entrepreneurship. The skill strengths in these areas demonstrate their ability to leverage opportunities and address challenges, and in turn, contribute to the economic development of the country.
The Global Skills Report draws data from 100 million learners in more than 100 countries who have used Coursera to develop a new skill during the past year. The report benchmarks three of the most in-demand skill areas driving employment in the digital economy – business, technology, and data science, with rankings of 75 percent or above as cutting-edge, 50-75 percent as competitive, 25-50 percent as emerging, and 25 percent or below as lagging.
According to the report, the UAE has 642,000 Coursera learners with a median age of 34 years, 42 percent of all being women, and 44 percent pursue their learning on mobile devices.
The report also found that UAE learners are highly proficient in marketing (92 percent), accounting (90 percent), and sales (80 percent), and have competitive skill sets in finance (56 percent).
However, proficiency in technology and data science can be further improved to support the digital transformation goals of the nation, as the UAE ranked 69th globally in technology proficiency and 67th in data science. UAE Learners also showed proficiency in security engineering – at 89 percent – a strong skill that supports the evolution of cybersecurity programs and initiatives.
Learners in the UAE also had competitive skills in databases and operating systems (57 percent each), and computer networking (56 percent), but only emerging levels of skills in web development (41 percent), computer programming, and cloud computing (34 percent each) and software engineering (29 percent). The 2022 Global Skills Report highlights lagging in mobile development skills (17 percent).
In data science, UAE learners have cutting-edge proficiency in mathematics (75 percent) and are competitive in data analysis (60 percent). However, skills can be accelerated in machine learning (now at 13 percent) and in areas such as statistical programming (38 percent), data visualisation (48 percent), and data management (43 percent).
Anthony Tattersall, Vice-President for EMEA at Coursera, said, “The UAE has been preparing for the post-oil era with a more diversified, high-skill economy. This bet has paid off, with business proficiency levels in the UAE leading the region for the second year in a row. However, education leaders must focus on addressing gaps in technology and data science skills, which are a strategic imperative to accelerate digital transformation.”
He added, “Following the pandemic, we have seen two trends gain traction globally – the Great Resignation and increased automation of work processes. These have also underlined the need for more investment in nurturing human capital, with priority placed on enhancing digital and human skills required for a competitive workplace. Our data shows that students and employees need fast-tracked training pathways to prepare them for digital jobs today and for the future, and in turn support the national development goals.”