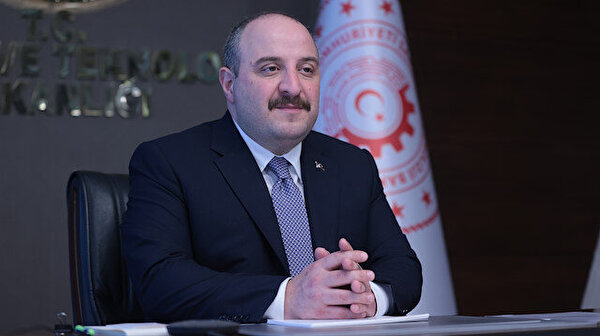 Several prominent United Arab Emirates (UAE)’s newspapers praised Turkey for its congratulatory message to the UAE for successfully placing a spacecraft in orbit around Mars.

On Thursday, the Turkish Technology and Industry Minister Mustafa Varank wrote on Twitter that “the success of the United Arab Emirates Mars Mission, on which they have been investing for a long time, is worthy of appraisal.” He added: “Each new discovery in space has the potential of increasing international cooperation, serving the interests of the world peace.”

UAE’s Minister of State for Advanced Technology Sarah al-Amiri thanked Varank for the message and tweeted in English and Turkish: “We also believe that space exploration has always been a means to build bridges and advance our collective human understanding.”

The UAE’s English language daily, The National, wrote Thursday that “senior UAE and Turkey ministers exchanged tweets over the success of the Hope mission and the future of space exploration.”

Etihad newspaper mentioned the Turkish minister’s congratulation with his picture alongside a photograph of UAE’s Minister of State for Advanced Technology.

The Al Watan newspaper listed a report covering al-Amiri’s response to Varank on the main news on its website.

Alroeya newspaper highlighted Varank congratulations in a report entitled, Sarah al-Amiri thanks Turkish Industry Minister for his praise of the Hope Probe.

The “Emarat Alyoum” headed a news story with “exploration of space will always be a means to build bridges: Turkey congratulates UAE for its success in the Hope Probe mission.”

In a statement Thursday, the Dubai-based Mohammed bin Resid Space Center said the spacecraft successfully entered orbit and could send healthy signals to the center.

The 1.3-ton observation satellite, which was sent to Mars by the H-2A rocket from the Tanegashima Space Center of Japan in July 2020, will work on weather and climate change.

The Hope Probe is tasked with providing the first-ever complete picture of the Martian atmosphere, with three state-of-the-art science instruments designed to study different aspects of the planet’s atmosphere.

“The primary and most important mission of the program is to make the first contact with the Moon in our republic’s centennial year [2023],” President Recep Tayyip Erdogan said during the introductory meeting in Ankara.

The program was prepared and will be carried out by the Turkey Space Agency (TUA).

The TUA was established by presidential decree in December 2018 that was set out in the first 100-day action plan unveiled after the Justice and Development (AK) Party’s election victory in June that year.

*Ahmed Asmar contributed to this report from Ankara