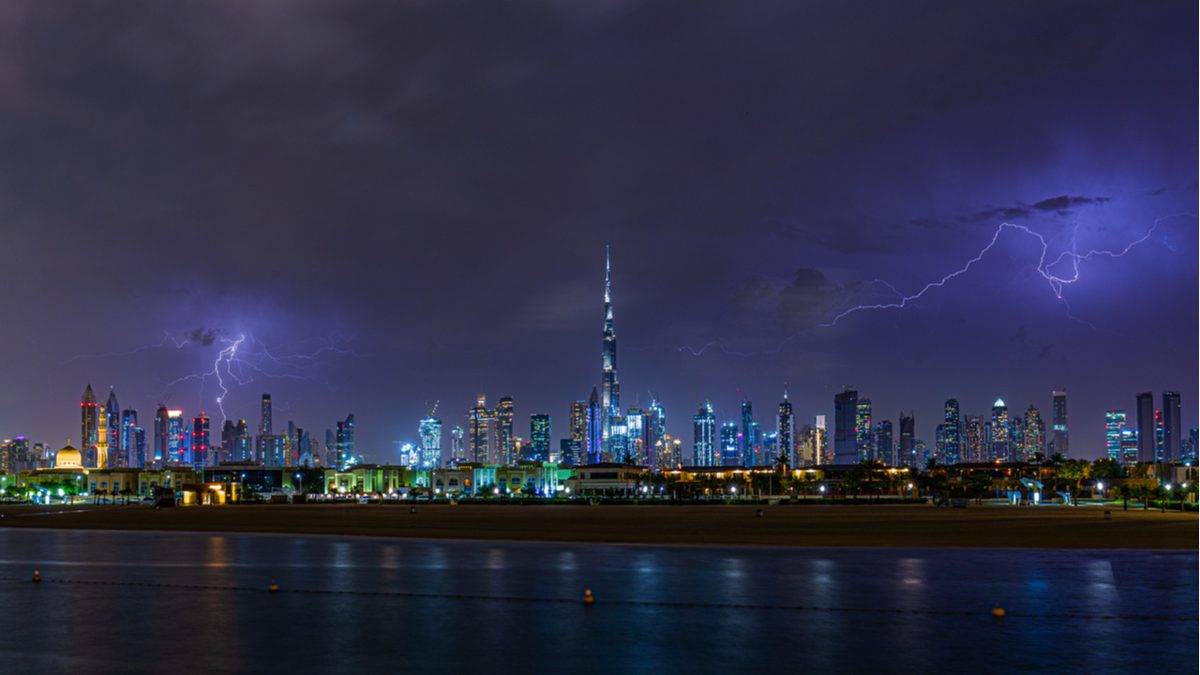 Water conservation has become a priority for global cities given environmental uncertainty in times of climate change, and it has always been a challenge for dry regions like the UAE. The Emirates is rich in oil resources and tech prowess, but it still receives poor rainfall at less than 100 milimetres a year.

The country started using modern tech to tap the clouds for additional showers early on in the 90s and has since been scaling up cloud seeding. Last year the Emirates conducted 242 cloud seeding missions, and this year it has already launched four operations in a day after clouds started engulfing Emirati cities Abu Dhabi and Dubai.

Weather watchers are hoping that the Emirates will get more than its usual share of rains, thanks to data-driven cloud seeding which is more accurate. Salt crystals fired into clouds by planes attract water particles which then combine and become heavier.

Clouds can hold water equivalent to the weight of a 100 elephants and small particles are easily contained within them. But when particles bond to get bigger and weight increases, clouds release the water and give way to rains.

Cloud seeding operations in the Emirates are backed by an advanced network of radars which consistently monitors the atmosphere to send out data in real time. Pilots analyse this information and spot clouds which have the right moisture content to facilitate a productive seeding operation.

The process can increase rains by up to 35% and in dusty environments like the UAE, it can deliver a 15% uptick in showers. Since scientists also continue to experiment with new techniques for higher yield via cloud seeding, the Emirates has received 365 innovative proposals in three years to enhance operations.

This move is one among several measures UAE is working on for ensuring a steady supply of water, including the world’s largest sea water desalinisation plant. Dubai’s water and power authority has also launched a platform for residents to monitor bills and water consumption for better conservation.