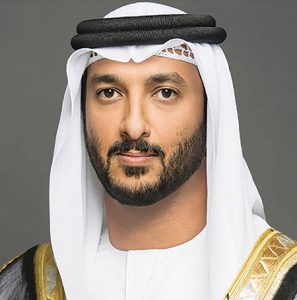 Abdullah bin Touq Al Marri, Minister of Economy, has affirmed that the UAE succeeded in attracting more than $20.7 billion of foreign direct investment (FDI) in 2021, which reflects the confidence of investors worldwide in the country’s economy.
This came during his keynote speech at the UAE-Kyrgyzstan Business Forum, which was held in the Kyrgyz capital, Bishkek, with the participation of 100 representatives of government and private agencies, major companies and investors from both countries.
Minister Al Marri said the UAE ranked first in the Mena region and 15th globally on AT Kearney’s FDI Confidence Index 2021. He added that the country, under the leadership directives, has developed an ambitious vision for foreign trade policies for the next 50 years. It has launched several initiatives to support national exports and enhance openness to international markets, most notably a series of Comprehensive Economic Partnerships Agreements (CEPAs) to be signed with key trading partners.
The UAE minister highlighted the bilateral relations between the two countries and the possible ways to enhance them forward, particularly in areas of trade and investment.
“Since the establishment of diplomatic relations between the Kyrgyz Republic and the UAE in 1996, and later the Agreement on Economic Cooperation of 2014, your country has become an important economic partner of the UAE in Central Asia.”
Between 2019 and 2021, the annual total non-oil trade averaged $860 million, he added.
As of 2020, the UAE FDIs in Kyrgyzstan amounted to $12 million, making Emiratis among the top 20 foreign investor groups in the country. On the other hand, the UAE has received a total of $4.2 million in FDIs from Kyrgyzstan by end of 2019.
The UAE official expressed his ambitions to increase the volume of exchange by exploring new business opportunities between the two countries. “Kyrgyzstan enjoys a promising potential that makes it an important destination for commerce and investment to us in many fields, especially in agriculture, agri-food industries, tourism, travel, infrastructure, and renewable energy.”
‏Following the Covid-19 outbreak, the UAE government has set an ambitious goal to be the fastest recovering country from the impact of the pandemic.
“The economy registered 3.8 percent growth in 2021, largely beating expectations. The International Monetary Fund (IMF) now estimates the economy to grow by 4.2 percent in 2022 up from its previous forecast of 3.5 percent and by 3.8 percent In 2023. The figures are broadly in line with our central bank’s projections,” Al Marri noted.
He explained that the country has established or amended over 40 laws that regulate directly or indirectly the way business is conducted, including overhauled the law on commercial companies and removed the requirement for onshore companies to have an Emirati shareholder, allowing 100 percent free foreign ownership in major economic sectors; establishing new legislation on commercial registry and trademarks; and modernised residency rules to make it easier to attract, train, and retain highly educated talent worldwide.
The minister concluded by saying, “The establishment of the UAE-Kyrgyz Joint Business Council should bring together our investors, industrialists, entrepreneurs, and companies; and allow help them engage with each other to unlock the untapped opportunities in our bilateral relations.”
Ravshanbek Sabirov, Director of the National Investment Agency under the President of the Kyrgyz Republic, said that this business forum reflects the desire of the two friendly countries to enhance economic, investment and trade cooperation to broader levels with the participation of the private sector and investment across vital sectors that contribute to achieving common interests.
He affirmed his country’s appreciation for the UAE high-level delegation’s visit to Kyrgyzstan and its keenness to strengthen economic ties, pointing to the interest of Emirati investors in the investment opportunities available in Kyrgyzstan, especially in the sectors of clean energy, natural resources, food industries and others.
During the forum, Al Marri witnessed the signing of two memoranda of understanding, the first between the Federation of UAE Chambers of Commerce & Industry and the Chambers of Commerce & Industry of the Kyrgyz Republic on the establishment of the UAE-Kyrgyz Joint Business Council.
“The establishment of the UAE-Kyrgyz Joint Business Council is an important step in the right direction, and it deserves to be celebrated,” he noted. “This business council aims to encourage and facilitate procedures that stimulate business communities to increase cooperation in the sectors of trade, investment, services and industry between the two countries.”
The second MoU is between the Federation of UAE Chambers of Commerce & Industry and the Eurasian Economic Union.