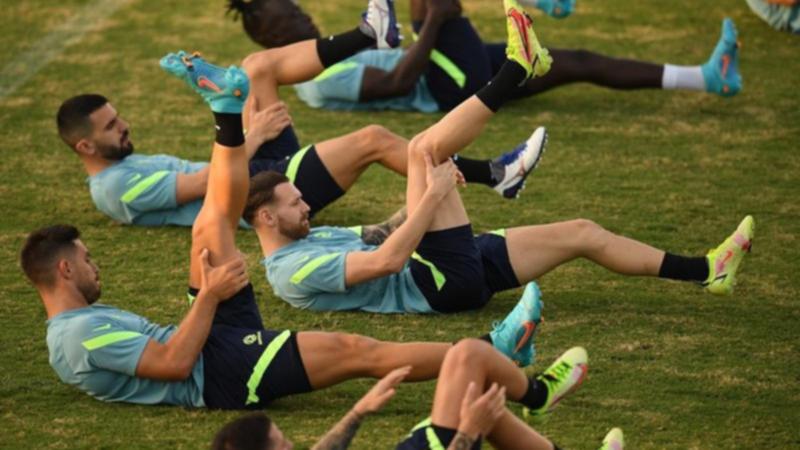 The United Arab Emirates will be backed by at least 5000 fans when they take on Australia in their Asian World Cup playoff in Doha next month after their national association confirmed the acquisition of the tickets.

Rodolfo Arruabarrena’s side meet the Socceroos in the Ahmad bin Ali Stadium on June 7 with the winners advancing to an intercontinental playoff against Peru six days later for a place at November’s World Cup in Qatar.

“The public are one of the most prominent partners in UAE football … (their) role will be vital in encouraging and motivating the players during the Australia match,” UAE FA general secretary Mohammed Hazzam Al Dhaheri said.

“Our national team performs better in the presence of their fans, who are with them on all occasions to support them.”

The UAE are trying to secure a World Cup place for the first time since making their debut in Italy in 1990.

Arruabarrena led them to the playoffs with a third-place finish in Group A of Asia’s preliminaries, which came after a 1-0 win over South Korea in the final round of matches.

Graham Arnold’s Socceroos will prepare for their play-off tilt with a friendly against Jordan in Doha on June 1.