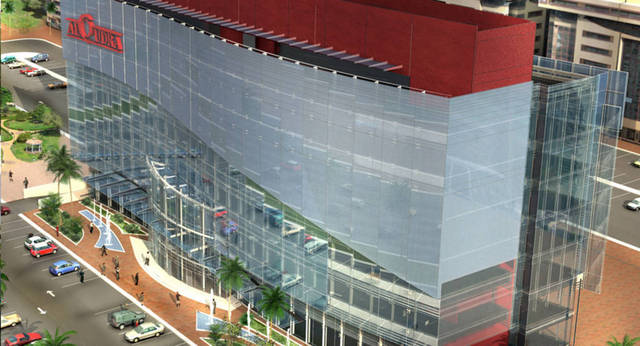 Abu Dhabi – Mubasher: Al Qudra Holding Company, listed on the Abu Dhabi Second Market, announced that non-UAE nationals will be allowed to own no more than 30% of its issued capital.

This decision came after the company’s general assembly, held last December, approved the completion of the acquisition of “Al Tomooh Investments” with a total value of 2.24 billion dirhams, bringing its total capital to more than 5.5 billion dirhams, according to a press release.

With the completion of this deal, the door for trading on the shares of “Al Qudra Holding” was opened for expatriates and foreigners, after completing all procedures and obtaining the necessary approvals from the official authorities in the country.

Sheikh Abdullah bin Mohammed bin Butti Al Hamed, Chairman of the Board of Directors of Al Qudra Holding Company, said that the company is in the process of implementing a number of expansion projects by offering and implementing new projects and entering into tenders worth more than 20 billion dirhams.

He added that the company is looking forward to further vertical expansion by concluding several acquisition deals in the near future, as part of the medium to long-term strategic plans approved by the Board of Directors, which aims to strengthen the company’s position as one of the largest and most important companies operating in the real estate development and investment sector at the state level. .

It is noteworthy that “Al Qudra Holding” is one of the largest groups of companies in the country, with 12 companies under its umbrella, and its commercial activities extend to several sectors, including real estate development, services, hospitality and investment.

It is reported that Global Holdings announced December 20 For its acquisition of a majority stake – a controlling stake – in the “Al Qudra Holding Company”.

This acquisition comes as a result of the completion of the transfer of ownership of the shares of “Tomooh Investments” and “Al Qudra Holding” in a merger process earlier this month.

Report… UAE banks in the eyes of international institutions during 2022

“Direct Harvest” .. 17 billion dirhams, the value of acquisitions and mergers deals in the UAE by 2021

Harvest 2021.. The accounts of new investors in the Dubai Stock Exchange exceed 12,000

“Direct Harvest” .. How did the UAE aviation sector face the repercussions of Corona in 2021?

Report .. How do international institutions view the UAE economy during 2022?

“Live” harvest.. More than 10 major companies are on the way to the UAE stock exchanges in 2022

$47.8 billion, the value of the initial offerings in the UAE capital markets during 2021

Analysis.. 4 factors that shape the features of the Gulf stock exchanges during 2022

Analysis .. Where are the Gulf stock exchanges and Egypt heading in 2022?

“Direct Harvest” .. Abu Dhabi Stock Exchange is the best Arab in 2021 and Egypt catches up with the winners train