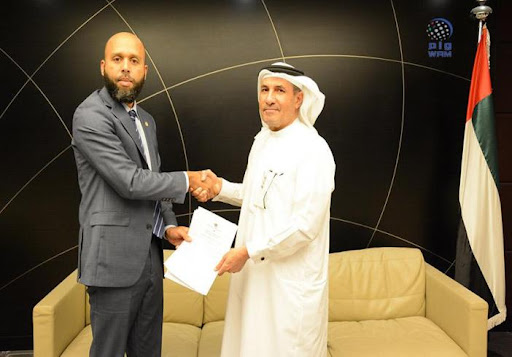 Justin Kareem Hawley was recently appointed as the first Ambassador of St Kitts and Nevis (SKN) to the United Arab Emirates (UAE).

In a meeting that took place between Hawley and the UAE Ministry of Foreign Affairs and International Cooperation, credentials were presented and Hawley was officially welcomed.

This important appointment comes at a time when the governments of St Kitts and Nevis and the UAE continue to explore ways in which the two can further cooperation.

The two nations currently liaise in areas of renewable energy development, climate change adaptation and tourism. St Kitts and Nevis is also home to many individuals from the Middle East, including the Gulf countries, that constitute a vital part of the Citizenship by Investment (CBI) programme of St Kitts and Nevis.

The programme grants citizenship to individuals of high net worth and their families, generally within a matter of months, who get visa-free or visa-on-arrival access to nearly 160 countries. Furthermore, new citizens are also permitted access to healthcare, education and full working and living rights in the sunny Caribbean nation.

Nevis’s Premier, Hon. Mark Brantley, also applauded the new Ambassador. “I congratulate our very first Ambassador to the UAE HE Justin Hawley. This significant upgrade to our diplomatic presence in the Middle East will allow St Kitts and Nevis to continue to deepen and strengthen relations with this significant region of the world,” he tweeted.

CS Global Partners is one of the authorised representatives for the St Kitts and Nevis CBI Programme with a presence in the UAE. Paul Singh, the firm’s director, said there was a notable increase of interest in CBI from the Arab world during the pandemic.

The demographic that the programme largely caters to in the region are from Lebanon, Iraq, Egypt, Jordan and Morocco. “Second citizenship is essential for many from the Middle East, especially in the UAE, because it gives them an opportunity to grow their business and set up offices in major business hubs worldwide.”

The CBI programme was launched in St Kitts and Nevis in 1984 to stimulate foreign direct investment inflows and is now the longest-standing in the world. Last month, it was ranked as the best globally by the Financial Times’ PWM magazine.

Previous articleUAE’s First Global Savings Club Is Here And Members Are About To Get Wealthier!
Next articleGold Prices in Dubai Today: 24K Gold Trades Higher at Dh218.50

NAPLES - The fifth Arab Water Forum (AWF) kicked off Tuesday in Dubai and will run through 23 September, tackling topics such as the...
Read more
News