When you subscribe we will use the information you provide to send you these newsletters.Sometimes they’ll include recommendations for other related newsletters or services we offer.Our Privacy Notice explains more about how we use your data, and your rights.You can unsubscribe at any time.

The truth behind the viral Two Moon mystery has been revealed on the day the United Arab Emirate’s (UAE) Mars probe Hope entered orbit around the Red Planet (February 9). Earlier last week, social media platforms were flooded with images and videos of two Moon-like objects in the skies near Al Qudra, Dubai. Outlandish theories were put forward, with some people claiming extraterrestrial UFOs were to blame.

Others suggested the wayward Planet X or Nibiru, which was supposed to sideswipe Earth in 2017, had finally made a much-delayed appearance.

In one video of the phenomenon posted online, a man can be heard saying: “Do you see? It’s like… and there are two, right?”

In another viral clip, a woman filming the two moons can be heard saying: “What’s going on?”

So what has been going on in Dubai? Have aliens finally dropped their disguises or has a made-up planet parked next to Earth? 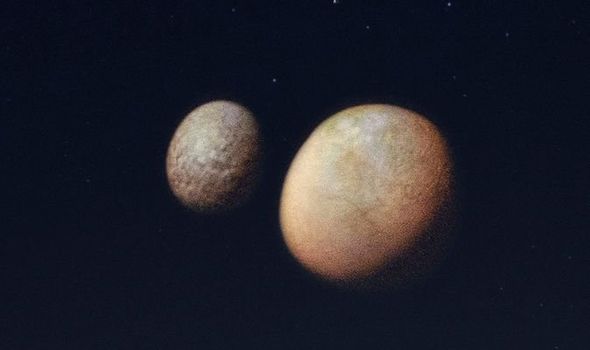 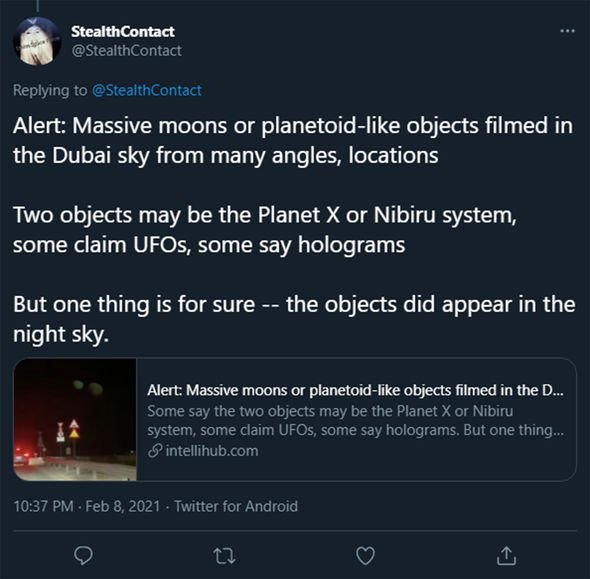 The answer is, neither. Instead, the two moons are part of a promotional stunt cooked up by the UAE’s Media Office ahead of the Hope probe entering orbit around Mars some 500 million miles away from Earth.

The two moons are Phoibos and Deimos, the two irregular satellites orbiting Mars.

The idea behind the stunt was to simulate what the view is like from Mars’s surface.

Khaled AlShehhi, UAE Government Media Office, said: “The Mars Mission is one of the biggest challenges of the country’s history and one of the boldest initiatives of the UAE: conquer space.

“So, to create awareness about this important fact, there’s nothing better than bringing the two moons of Mars to Earth.”

Hope will not be landing on Mars like NASA’s Perseverance rover next week but will instead spend its time in orbit, studying the Red Planet’s weather. 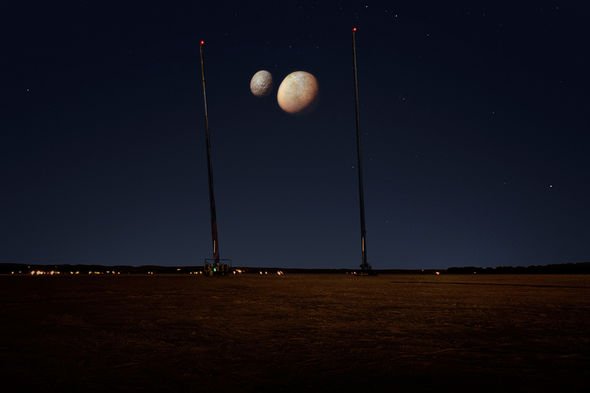 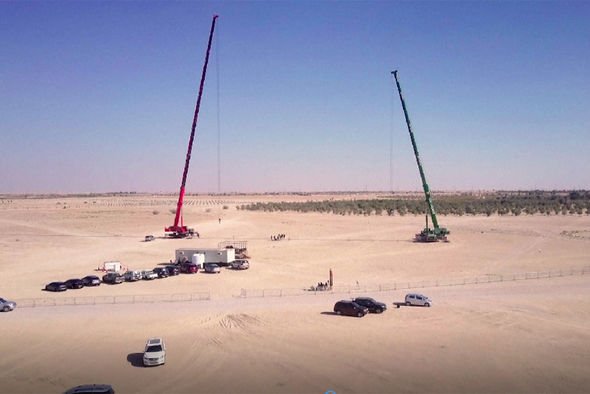 Podcast host and debunker Mick West initially believed the viral moons were an online hoax but has since cracked the case.

He tweeted: “This promotional event in Dubai sparked a lot of apocalyptic predictions about ‘Two Moons!’ ‘Planet X’ and suchlike – but only when viewed via low quality cellphone images. A better camera reveals the reality.”

In another tweet, he said: “I was wrong about this case. My #1 explanation was that it was a hoax.

“Initial reporting was all poor-quality phone video, and photos that didn’t show the cranes.

“It also seemed too high to be a projection. But the technology was sufficiently advance (and better photos arrived)”

The two moons were hoisted up by two 100m cranes and projected on a 40m screen using “a new technology that has never been seen before in the UAE”.

In the dead of night, when most of the viral clips were filmed, the cranes were virtually invisible, leading to the confusion.

The UAE became the fifth nation today to reach the Red Planet, entering a very elite club of space-faring countries.

The UAE followed the US, the Soviet Union, Europe and India, although China’s Tianwen-1 mission will reach Mars on February 10.

The probe successfully entered orbit after it began a 27-minute engine burn at 3.30pm GMT today.

Omran Sharaf, Hope mission project director at the Mohammed bin Rashid Space Centre, said: “Mars orbit insertion was the most critical and dangerous part of our journey to Mars, exposing the Hope probe to stresses and pressures it has never before faced.

“With this enormous milestone achieved, we are now preparing to transition to our science orbit and commence science data gathering.”