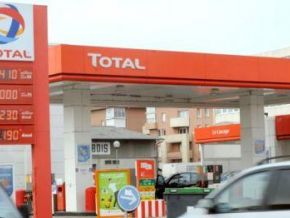 (Ecofin Agency) – Total Côte d’Ivoire says it will distribute a gross dividend of CFA7.6 billion for the financial year 2020; this is a little more than 99% of its net benefit and nearly 121.5 CFA francs in gross dividends before tax for each share held by investors. The figures were featured in the company’s financial statements issued on the regional stock exchange BRVM.

Although Total CI achieved a positive result of CFA7.6 billion for the FY2020, the figure is down 26.6% compared to that of 2010, which recorded a decline of 11.25%, according to data collected by Ecofin Agency. The company is likely to have no reserves as its cash position deteriorated during 2020 to CFA223 million from CFA3.37 billion at the end of 2019.

The company started 2021 with a working capital requirement (difference between liabilities and assets within 12 months) of CFA11.3 billion compared to CFA9.5 billion at the beginning of 2020. The reaction of investors is to be followed. Since the beginning of the year, the value of the Total CI share has already fallen by 18% on the BRVM. However, there has been a slight upturn since the beginning of April, with a cumulative increase of 5.8%.

Although down, Total CI has limited the damage over the year 2020, because, at the end of the first half of the year, its net profit was down by 46%. Also, in early April 2021, the Ivorian authorities decided to increase the oil price at the pump. This should boost sales figures. The results of the first quarters of 2021 are to be followed.

Previous articleAbu Dhabi ports successfully issues USD 1 billion bond
Next articleSacha Judaszko: “There is a lot in common between astronauts in space and ‘The Marseillais in Dubai'”