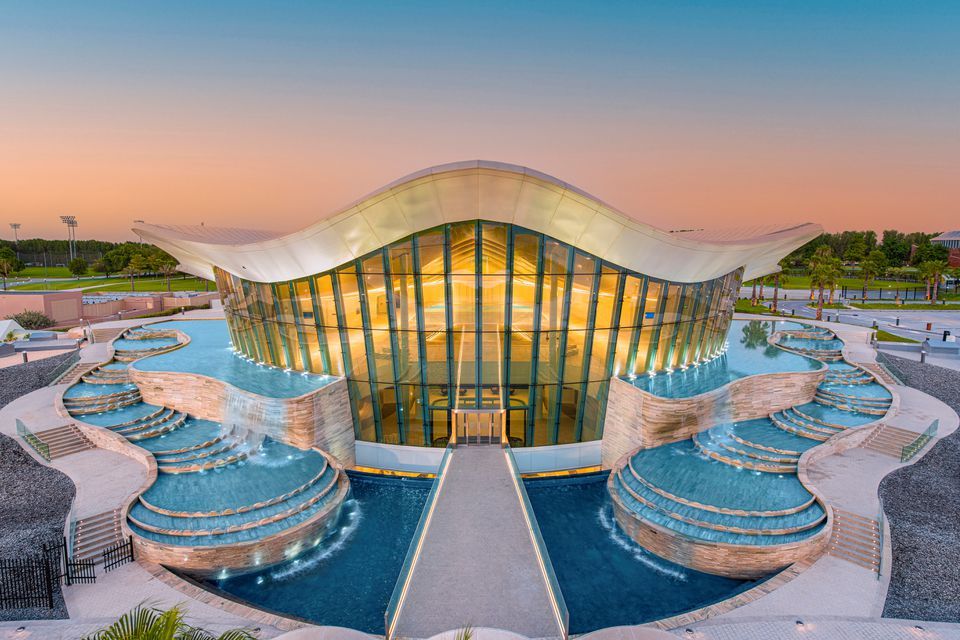 Dubbed the City of Gold thanks to its evolution from a pearl fishing village to a glittering metropolis in just 50 years, it’s no secret that Dubai is the wealthiest country in the Middle East. Often synonymous with luxury and excess, this place is home to not only countless millionaires and billionaires, but also record-breaking attractions such as the world’s highest infinity pool (Address Beach Resort), tallest skyscraper (Burj Khalifa), biggest shopping mall (The Dubai Mall) and even the first floating luxury hotel. And now, Dubai is adding another title to its ever-expanding list of extravagant architectural feats: the world’s deepest indoor diving pool.

Filled with 14 million litres of freshwater, which is equal to six Olympic-sized swimming pools, the new Deep Dive Dubai pool is at least four times bigger than any other diving pool in the world. With a breathtaking depth of 60 meters, the pool has entered the Guinness World Records for the deepest diving pool in the world, unseating the previous record holder, Deepspot in Poland, by more than 15 meters.

According to reports, the pool is open by invitation only for now, and will open to the public later this year. Dubai Crown Prince Sheikh Hamdan—a keen diver—is one of the pool’s early visitors and shared his experience on social media. Actor Will Smith also visited the new attraction, who posted a video of himself sitting poolside on his Instagram account earlier.

“There are quite a few dive pools in the world that are deep, but this one is so much more interesting,” said Jarrod Jablonski, director of Deep Dive Dubai. “There are so many things it’s really not fair to call it a pool.”

As shown in the pictures shared by the pool on its official website and Instagram account, the pool is housed inside a large oyster-shaped structure—a nod to United Arab Emirates’ pearl diving heritage. The water temperature is maintained at a comfortable 30 degrees Celsius, meaning divers can jump in wearing a thin diving suit or a swimsuit. State-of-the-art lighting and sound systems have been implemented to create different moods, where the pool also doubles as an underwater studio—the largest of its kind in the region. A media editing room is available nearby in the facility.

See also: Are These The Coolest Hotel Pools In Asia?

Previous articleLet that sink in: Dubai now has the world’s deepest diving pool
Next articleMake Waves or Hide Away at Nikki Beach Resort & Spa Dubai