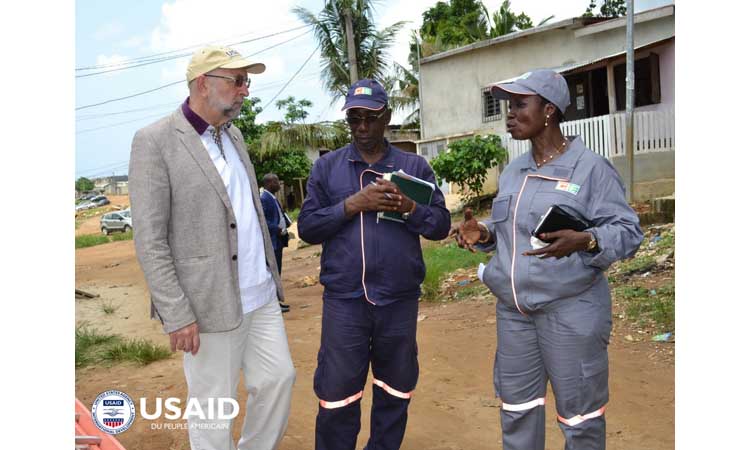 Abidjan, Côte d’Ivoire, February 17, 2021 – The U.S. Agency for International Development (USAID) has teamed up with Mastercard Foundation and Schneider Electric to launch a $1.4 million public-private partnership, including $500,000 in USAID funding, to boost employment opportunities in the energy sector for 750 young women in Côte d’Ivoire. The International Rescue Committee (IRC) will implement the project, Projet de Renforcement des Opportunités pour les Jeunes (PRO-Jeunes) Vocational Training for Women in Energy, which represents a significant expansion of existing IRC programming to generate youth employment.  The project is funded under the U.S. government’s Women’s Global Development and Prosperity (W-GDP) Initiative.

Côte d’Ivoire’s growing energy sector provides an opportunity for young women, a demographic that is disproportionately underemployed, to generate income while contributing to the country’s national goal of universal energy access by 2025.  Pro-Jeunes Vocational Training for Women in Energy will improve women’s access to technical and other training opportunities required to qualify for employment as energy sector sales personnel and “last mile” technicians, among other positions.  It will also help participants overcome prejudice that can prevent women’s entry into the male-dominated Ivoirian energy sector.

“Increasing employment opportunities for women is a win for women and a win for the Ivoirian economy,” said U.S. Ambassador to Côte d’Ivoire, Richard Bell.  “An abundance of international data confirms that the organizational effectiveness – from a small business to national government level – increases when women are significantly represented.”

“An economically empowered woman can better invest in herself, her family, and her community, which is proven to lead to a number of positive development outcomes,” said Dr. Nancy Lowenthal, USAID Country Representative in Côte d’Ivoire.  “The U.S. government believes in Côte d’Ivoire’s women and youth and is proud to invest in them.”

About the Women’s Global Development and Prosperity Initiative

The United States has made gender equality and women’s empowerment a priority in Côte d’Ivoire and around the globe.  Launched in February 2019, the W-GDP Initiative is the first-ever, whole-of-government effort to advance global women’s economic empowerment.  Globally, W-GDP seeks to reach 50 million women in the developing world by 2025 through focusing on three pillars: women prospering in the workforce, women succeeding as entrepreneurs, and women enabled in the economy.  Pro-Jeunes Vocational Training for Women in Energy represents the second U.S. investment in Côte d’Ivoire under the W-GDP Initiative.  In 2019, USAID provided $2 million in funding for separate W-GDP activities.