The UAE suspends entry to travelers from Indonesia and Afghanistan, starting tomorrow 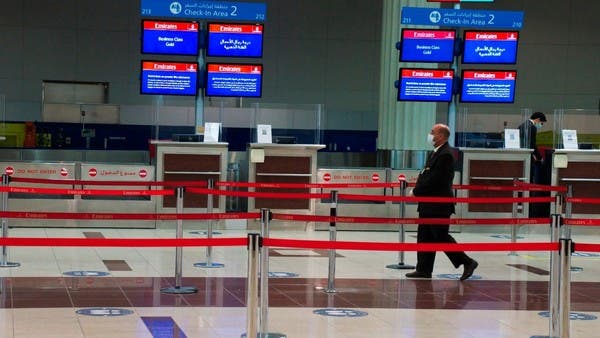 The General Authority of Civil Aviation and the National Authority for Emergency, Crisis and Disaster Management in the United Arab Emirates announced the suspension of entry for travelers from Indonesia and Afghanistan on all flights of national and foreign carriers, as well as transit passengers coming from them, as of tomorrow, corresponding to July 11. At 11:59, except for transit flights coming to the country and heading to these countries.

It also includes the decision, according to the “Emirates News Agency”. Suspending the entry of travelers who were in these countries during a period of 14 days Before coming to the UAE with the continuation of flights, it will be allowed to transport passengers from the UAE to the two countries on flights.

It will be allowed to transfer the excluded groups from Indonesia and Afghanistan to the UAE with the application of the mentioned precautionary measures, which include UAE citizens and their first-degree relatives, and diplomatic missions accredited between the UAE and the two countries, including administrators working in the embassies of the UAE in these countries and the embassies of Indonesia and Afghanistan in the country.

The excluded category also includes official delegations and businessmen, provided they obtain prior approval, as well as holders of golden and silver residency, in addition to excluding those holders of vital jobs according to the classification of the Federal Authority for Identity and Citizenship, and crews of foreign freight and transit aircraft, provided that a negative laboratory test result for Covid-19 is obtained within 48 hours of Departure and upon arrival and adherence to quarantine until departure.

The excluded groups will be obliged to take preventive measures, which include a 10-day quarantine and a PCR examination at the airport, and on the fourth and eighth days of entering the country, and reducing the duration of the PCR examination from 72 hours to 48 hours, provided that tests issued by approved laboratories that carry a QR Code are accepted.

The General Authority of Civil Aviation confirmed that travelers coming from Indonesia and Afghanistan through other countries are required to have a period of stay in those countries of not less than 14 days in order to be allowed to enter the country, while continuing cargo flights between the Emirates with these countries.

It also prevents citizens from traveling to Indonesia and Afghanistan, with the exception of the country’s diplomatic missions in these countries, emergency treatment cases, official delegations, and previously authorized economic and scientific delegations.

The authority called on all passengers affected by the decision to follow up and communicate with the airlines associated with them to modify and schedule their flights and ensure their safe return to their final destinations without any delay or other obligations.