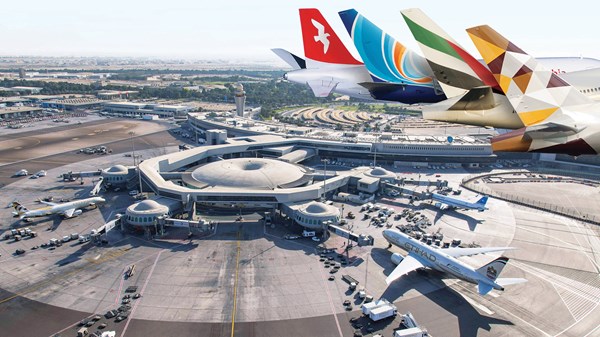 Airlines operating at the country’s airports managed to restore more than 80% of the seating capacity levels for scheduled international flights recorded for the same period before the 2019 Covid-19 pandemic, according to OAG data.
Data from International Corporation, which provides data to airports and airlines, showed a significant increase in seating capacity in May last year, reaching around 5.077 million seats, bringing the total seating capacity for the first five months of this year to more than 24 million seats compared to 30.4 million seats in the same period. from the year 2019.
According to data obtained by Etihad, a copy of it, the seating capacity of scheduled international flights through the country’s airports in the first five months of 2022 recorded a growth of 85.3% compared to the same period last year, when the capacity amounted to about 12.966 million seats . Only while the registered seating capacity for the same period in the year 2020 amounted to about 18.9 million seats, while in one month it registered a growth of 91% compared to the same month in 2021, where the total seating capacity amounted to only 2.65 million seats . And the data indicated that during May, airlines managed to restore about 93% of the total seat capacity levels for scheduled flights to the country’s airports recorded in the same month of 2019, before the pandemic outbreak, after it amounted to about 5.077 million seats last May years compared to 5.077 million seats. 5.461 million seats in the same month of 2019, while national airlines were able to regain 76.3% of pre-pandemic levels in May last year.
The national airlines (Etihad Airways, Emirates Airlines, Fly Dubai, Air Arabia and Wizz Air Abu Dhabi) acquired 65.33% of the total seating capacity registered on scheduled flights through the country’s airports with about 3.31 million seats out of a total of 5.97 million. seats.
Emirates Airlines led with a total of 2.14 seats, followed by Fly Dubai with 569,000 seats, Etihad Airways with 553.9 thousand seats, Air Arabia with a total of 470,000 seats and Wizz Air Abu Dhabi with a total of 599,511 seats. The International Air Transport Association (IATA) expects global passenger traffic to recover faster than expected, raising hopes that passenger numbers will return to pre-pandemic levels by 2023, a year earlier than previously expected.
And “IATA” indicates an increase in demand with the easing of Covid-19 restrictions around the world, leading to a jump in the number of flights after governments closed their borders over the past two years, and noted that short-term expectations remain positive even with the aviation sector facing new problems such as high oil prices, inflation and labor shortages.