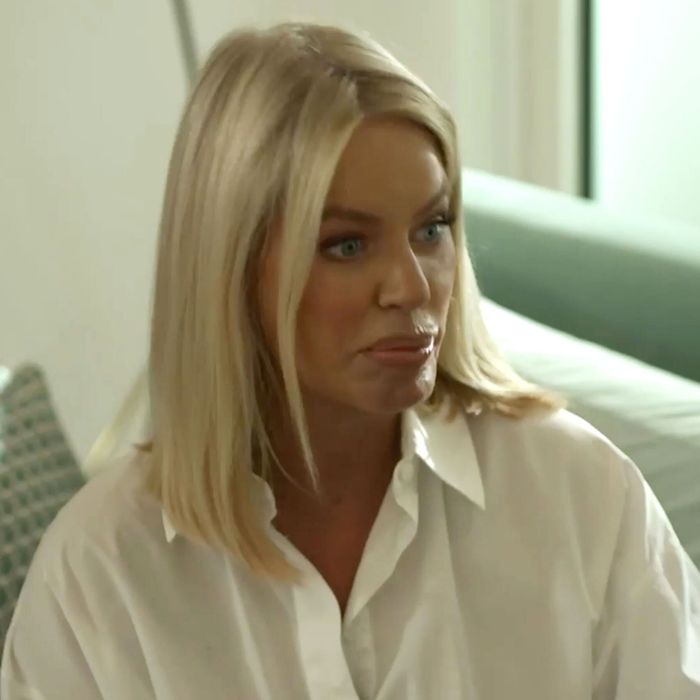 The Real Housewives of Dubai

Hello, fellow Housewives fans! It is I, your fellow disciple in the Housewives Arts & Sciences, here to guide you on Bravo’s brave — or amazingly foolish — maiden voyage into the SWANA region for its international expansion. (Yes, we know, Bravo has licensed the Real Housewives brand out to international networks previously — and for those that are so inclined, The Real Housewives of Melbourne goes quite hard, and everyone is paying attention to the debut season of Real Housewives of Lagos on Showmax, but not everyone pays for ExpressVPN to get around geotags, now do they?)

Before we dig into the premiere, let’s get the elephant in the room out of the way. Twelve human rights organizations penned an open letter coming out against the show, conveniently timed in the week leading up to the show’s debut for maximum exposure on all major reality blogs, which means that whichever comms lead was in charge of the strategy was doing their job. The listing sounds odious — misogyny, legalized homophobia, and mass violence against women — and to be frank, as a Black Muslim woman myself, I am not one to be sitting here and defending Emiratis (which I’m sure will become a recurring theme in our coverage, if the trailers are any indication). That said, I want to establish two things: neither the reality TV world nor the United States holds much of a moral high ground on LGBTQ equality or women’s rights, and that margin is eroding by the day. We all have our arbitrary lines in reality TV — I shamelessly watched Mob Wives for years in awe of my Albanian queen Drita D’Avanzo and her penchant for fisticuffs, but walked away from RHOC once it became a MAGA hub, for example — but the concept of moral grandstanding on a franchise whose bread and butter is in slut-shaming, respectability politics, classism, and rigid desirability and gender roles, and whose carousel of supporting LGBTQ cast has frequently been treated as plug-and-play accessories seems disingenuous at best.

With that said, let’s get into the highly-anticipated debut, which, I must say, was stronger than I anticipated, given what the middling trailer presented. We have a really diverse cast — both in race and ethnicity — and some solid storylines out of the gate. And if you had bet me $100 that the first words on any Bravo show would be “Alhamdulillah,” I would be severely setback in my savings plan to go see Usher’s Vegas residency this summer. We didn’t even get that on Shahs of Sunset.

The first episode makes a few things immediately apparent: 1) these women are all quite comfortable, and 2) not all of them will tell us how they or their partners make their money. There are a couple of “serial entrepreneurs” like Sara Al Madani who have managed to land the cover of Harper’s Bazaar Arabia alongside will.i.am. as a “tech entrepreneur trying to shape the future with an ethical tech revolution,” which sounds like a line in a script that has a fake Apple Event. According to casting info, Nina runs a “premium fruitcake business,” which I am certain is not what paid the bills in her family’s previous residence in the obscenity and affront to human rights for migrant workers known as the Burj Khalifa.

We’re also re-introduced to Ladies of London alum Caroline Stansbury, who is in the throes of a mid-life crisis and having two wedding ceremonies in as many months to her 27-year-old partner with an unremarkable soccer career. Nevertheless, she proceeds to find the wherewithal to position her “hen party” as an exclusive, in-demand event on a boat when it really just looks like anything you can find off of the Georgetown Waterfront in D.C. in the summer — illicit champagne, drinking games, and general WASP-y decorum slowly devolving into #whitegirlwasted. She even brings along Sergio to be ostensibly “progressive” (and not, of course, to avoid the cameras going to examine what men with means have access to indulge in, despite restrictions), but she just ends up looking like his chaperone.

Notably excluded was Chanel Ayan — a striking Somali-Kenyan supermodel and the first Black one in the Emirates, an unsurprising but still disappointing statistic given the well-documented fraught racial dynamics in the region. There is a unique dynamic being set up between the three Black women – Ayan, Lesa (who is Jamaican-American), and Caroline Brooks (who is an Afro-Latina from the Boston area) that can either become fruitful or deeply frustrating. Currently, I am leaning on the frustrating side, as Brooks seems intent on carving herself out as a Bethenny/Kenya Moore-style agitator, and it is landing more like a caricature. I think it is easy to target Ayan for being ostentatious about her looks and glamour. Still, when your face and figure literally brought you out of poverty, I would gather that some light “Gone With The Wind Fabulous” narcissism is bound to follow, especially with the racism in the Islamic fashion circles she has had to confront over the years. Plus, her “tit for toot” malapropisms are simply endearing.

And so we have a solid premiere for what I initially feared would be a lackluster production. Contract marriages, Arabic drill music, a Phaedra guest appearance, and a foreboding storyline on the downsides of being a sugar baby are on the horizon. And, by my count, at least five chaotic wig changes from the iconic Chanel Ayan.

Next week, I’ll formally rate their taglines (hint: they could’ve gone back to the drawing board on a few of them). See you then!

• I know Sara keeps attempting to make a distinction between religion and culture when elaborating on tradition, but I think it obfuscates more than it clarifies. For example, there is nothing in Islamic law that prevents divorce; in fact, it is encouraged and is fully available in the Emirates, although maybe socially, you may be looked upon as less desirable. Similarly, conversations around hijab (more than just a headscarf, it refers to modesty in general) and alcohol are not conversations that are exclusive to Dubai or Emiratis — most Muslim nations operate similarly save for, like, the Kingdom of Saudi Arabia.

• Lesa’s multi-accented children made my heart melt; I almost gave in to my mom’s grand agenda for a grandchild in 2022.

• I think this is the first franchise where the hired help is so focally present. I wonder how that will play out throughout the season as the unspoken “city of gold”/”new Dubai,” and class disparity comes with that renders in the background (or doesn’t).

Keep up with all the drama of your favorite shows!

By submitting your email, you agree to our Terms and Privacy Notice and to receive email correspondence from us.