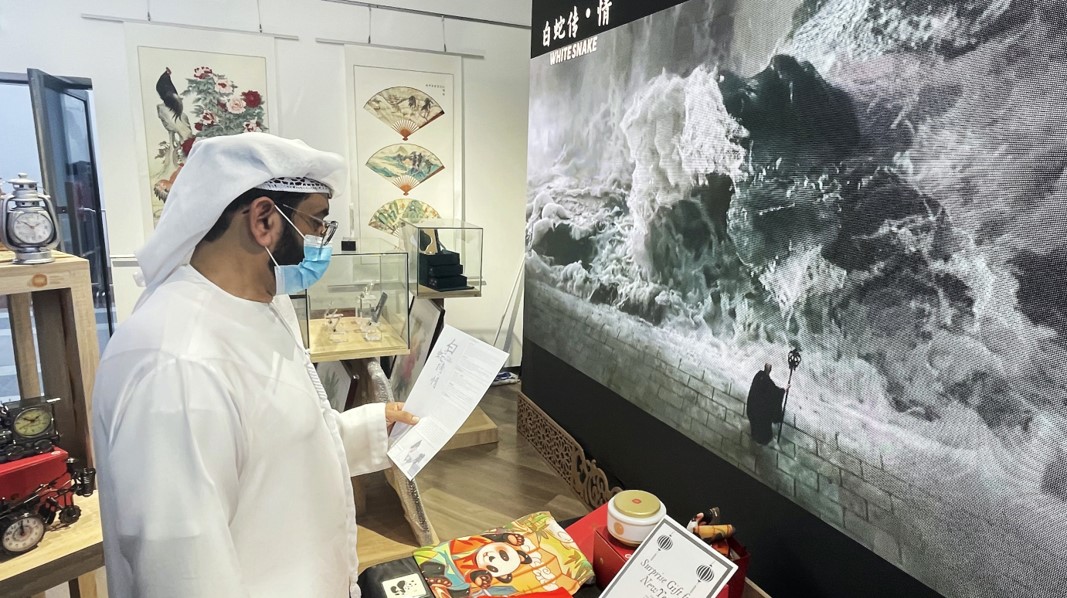 The trailer of the film White Snake
attracted people from all over the world in the souvenir shop in the China
Pavilion at Expo 2020 Dubai. It indelibly impressed the viewers with the
exquisite Chinese-style visuals, the harmonious Cantonese opera singing, and
the story about constant love.

Released in theater on 20th May 2021, White Snake was the
first 4K, Dolby Atmos Cantonese opera film. It has earned 13 million AED at the
box office by January 5th, 2022, claiming the title of the highest-grossing
Chinese opera film. The film has received positive reviews since its release,
becoming one of the most critically acclaimed films this year and attracting a
large number of young audiences.

White Snake garnered many accolades domestically and
abroad, including a nomination for Best Chinese Opera Film at the 32nd China
Golden Rooster Awards. It was screened in the VPB unit at the 76th Venice
International Film Festival as well, winning the favor of numerous oversea
audiences.

White
Snake,
adapted from The Legend of White Snake, one of China’s Four Great
Folktales, presents the tragic romantic relationship between an immortal spirit
and a human being with distinguished acting, melodious music, and striking
special effects. It expands on the classic theme of love: its genuineness,
beauty, and eternity. The film is considered to be a success in integrating the
abstract expression in the opera with cinematic techniques.

Director Zhang Xianfeng says, ”Based on the
traditional opera film, we explore more on the techniques of filming and
expression. While most opera films in the past were shot on-location, the
fantasy qualities of this story make its film adaptation suitable for using
special effects. Therefore, we use the styles of traditional Chinese painting
to visualize the conceptual elements of traditional opera performance. What we
want to present is a kind of Eastern aesthetics where the imagery has the
capacity to convey the abstraction.”

White
Snake introduces the unique charm of Cantonese
opera, an intangible cultural heritage, to worldwide audience at Expo 2020
Dubai. It is another milestone of Chinese culture shining on the global stage.