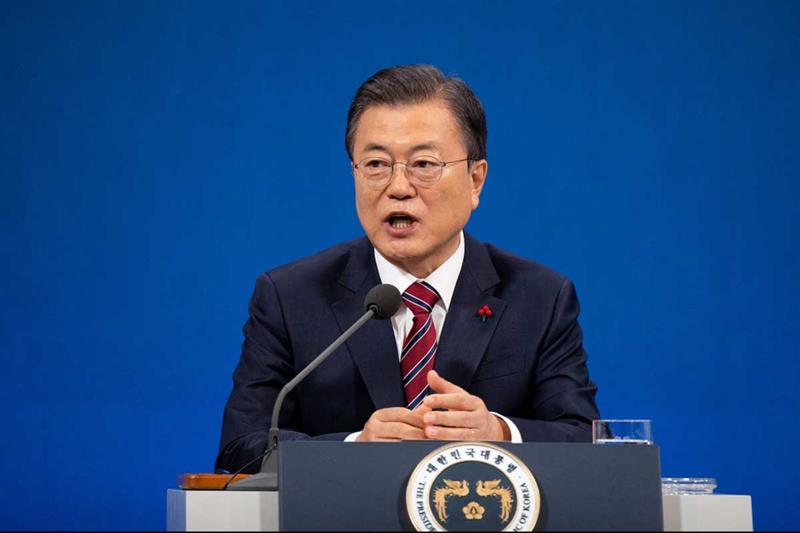 El-Sisi and Moon are set to discuss means to further advance the comprehensive partnership between the two countries, the spokesperson said.

Moon will also attend a business forum in Cairo to promote cooperation in eco-friendly businesses, she said.

Trade exchange between Egypt and South Korea increased by 46.9 percent in the first ten months of 2021 to $1.8 billion, up from $1.2 billion in the corresponding period of 2020, Trade and Industry Minister Neville Gamea said last month.

The South Korean president will begin his Middle East trip in the UAE, where he will attend a business forum and the official ceremony for “Day of Korea” and the Dubai Expo.

Moon will then visit Saudi Arabia on 18-19 January for a meeting with Saudi Arabia’s Crown Prince Mohammed bin Salman and a business forum in the Gulf country.

“Moon’s visit to the three Middle Eastern nations is expected to bolster bilateral cooperation in the fields of energy, construction and infrastructure as well as public health, science and hydrogen,” the spokesperson said.