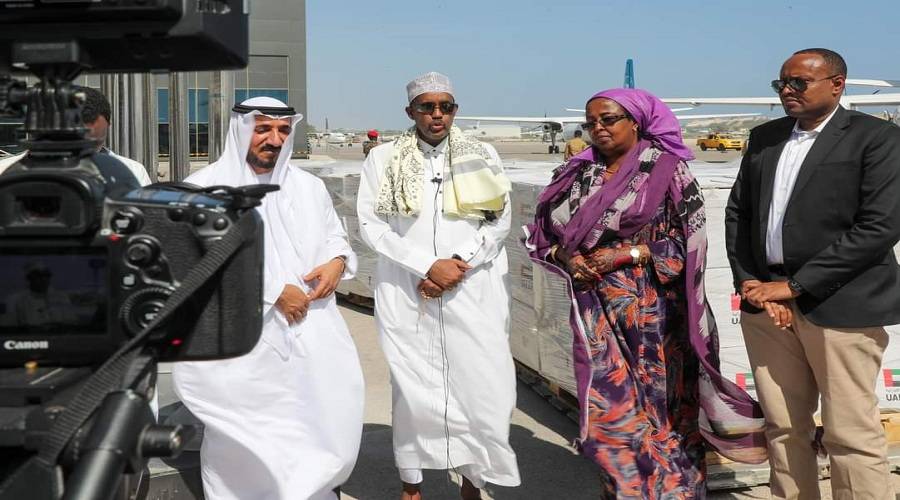 This came when he received at the airport a plane carrying humanitarian aid sent by the UAE to alleviate the suffering of the Somali people affected by drought.
Also, the Somali Prime Minister pledged to deliver the sums confiscated during that incident to the UAE as soon as possible.
The Somali Prime Minister praised the Emirati humanitarian role aimed at alleviating the suffering of the Somali people, and extended his thanks and appreciation to the UAE for its continuous efforts to support the Somali people in various humanitarian, relief and development fields, stressing that he is determined to strengthen the long-term historical relations between the two brotherly countries.