– Kei Kamara had to turn around his car, alight and then join local boys playing street football

Kei Kamara was driving through his native Sierra Leone when he saw a group of local children playing football and then alighted to join the kids in the beautiful game.

Footage is currently making the rounds showing the Minnesota United striker play football with kids on a local field to the delight of the young boys.

Most African stars played grass root football before they had the opportunity to go abroad to play professionally, and it was the same for Kamara.

He was raised in Sierra Leone’s second largest city of Kenema and began his career with local club Kallon FC before he migrated to the United States at the age of 16.

Now 36, Kamara has played for several football teams in the United States including Orange County Blue Star, Colombus Crew, San Jose Earthquakes Colorado Rapids and a host of others.

He has featured in 31 games for his nation scoring 7 goals in total, including his famous brace against Nigeria during the Leone Star’s historic comeback against Nigeria after they came from four goals down to grab a point after it ended 4-4. 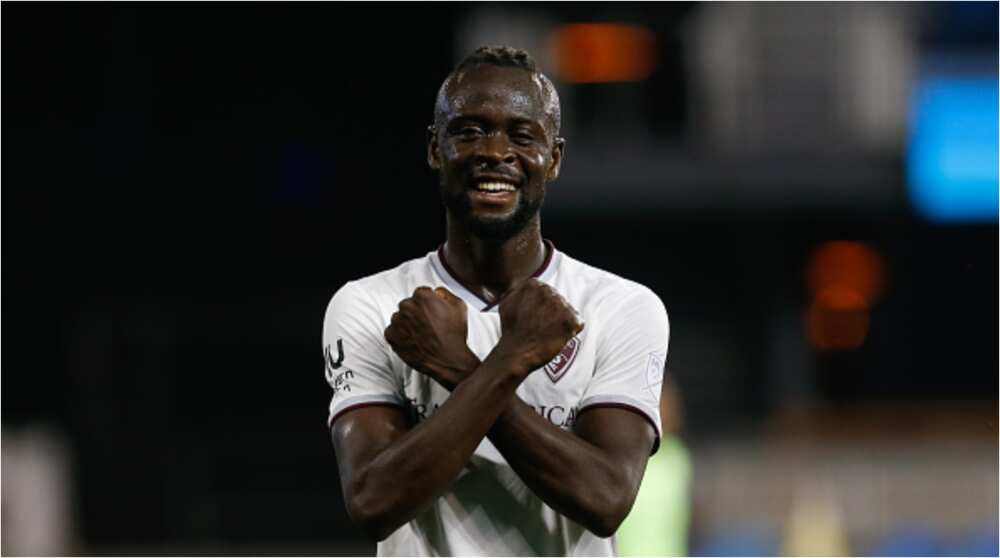 Kamara was seen in a footage as he alighted from his car to join local boys as they play football on a pitch in a Sierra Leonean community.

“We were driving and saw these kids had lined up the side of the road, created their own stadium. I had to turn the car around and jump out for a pickup game. This why it’s called the beautiful game.”

Recall that it was the forward that was displeased with the services rendered to his team by the unnamed hotel in Benin Nigeria last year.

The allegation did not go down well with the country’s FA and they have apologised to the hotel for the unprofessionalism of their player.

Nigeria looked home and dry just after 29 minutes as they rushed to a commanding 4-0 lead against their opponent.

But Sierra Leone pulled one back through Kwame Quee just before the first half and went on to score three more in the final 18 minutes of the game thanks to a brace from Kei Kamara and another strike from Mustapha Bundu.