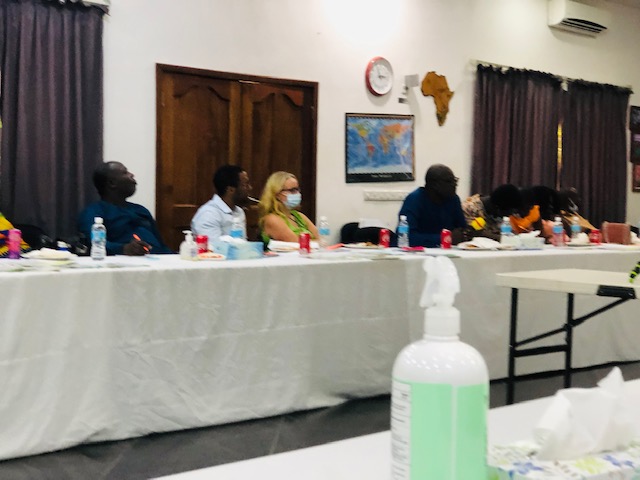 During a well-attended closing and reflection event held on Thursday 15th October, 2021 at the Family Kingdom Resort on Lumley Beach Road and online, the Sierra Leone Urban Research Centre has announced the closure of the DPU MSc ESD/SLURC Leaning Alliance which was a four (4) years project that was commenced in 2017 by the Sierra Leone Urban Research Centre in partnership with the Bartlett Development Planning Unit (DPU) to support transformative actions towards a “socially and environmentally just Freetown”.

In his address, the  Director of Research and Training at the Sierra Leone Urban Research Centre, Braima Koroma, said that the DPU MSc ESD/SLURC Learning Alliance was established to support transformative actions towards a socially and environmentally just  Freetown which he said brings together a number of partners which includes the Bartlett Development Planning Unit’s (DPU) practice module of the MSc Environment, Sustainable Development(MSc ESD) at University College London, the Sierra Leone Urban Research Centre (SLURC), the Federation of Rural and Urban Poor (FEDURP) and Centre of Dialogue on Human Settlement and Poverty Alleviation(CODOHSAPA).

Braima Koroma added that every year, a group of local interns and community facilitators join the Learning Alliance to strengthen the knowledge production process, furthering that the work of the Learning Alliance builds upon numerous action-research projects jointly undertaken by SLURC and DPU, among them: Urban Africa Risk Knowledge (Urban ARK) and Knowledge in Action for Urban Equality (KNOW) and OVERDUE: Tackling the sanitation taboo across urban Africa.

He furthered added that the event brought together various stakeholders, including policy makers from the Ministry of Lands, Housing and Country Planning, Ministry of Energy and the Freetown City Council, I/NGOs and representatives from CODOHSAPA and community members of Freetown’s informal settlements to discuss the impact and legacy of the research and Learning Alliance in research, policy and practice noting that former students, SLURC staff and community facilitators would reflect on their learning trajectories and how the Alliance had shaped their current urban practice.

Giving a brief background about SLURC Director of Research and Training revealed that the centre was established as a collaboration between the Institute of Geography and Developmental Studies (IGDS) at Njala University and the Bartlett Development Planning Unit(DPU) at University College London (UCL) in order to increase the quantity and quality of knowledge about informal settlements and urban issues in Sierra Leone and to build capacity amongst city stakeholders to enable a better understanding and application of research to practice, advocacy and policy; ultimately leading to an improvement in the lives of informal settlement dwellers.

The Director of Operations for Sierra Leone Urban Research Centre (SLURC), Andrea Klingel, maintained that four years ago the centre in partnership with the Bartlett Development Planning Unit’s (DPU) practice module of the MSc Environment, Sustainable Development (MSc ESD) at University College London started the Leaning Alliance program in the country to support transformative actions towards a socially and environmentally in Freetown of which she revealed that on a yearly basis up to sixty students were brought to Freetown to be able to express first hand and use first hand research to actually delft on issues in order to brought about change which would also affect decision making.

She said that during the Learning Alliance program students had the opportunity to exchange ideas and information. She said that over the years there has been decision made by policymakers that are not evidence based of which she added that this program would change the narrative.

On his part, the Founder/Director Centre of Dialogue on Human Settlement and Poverty Alleviation, Francis Reffell whose organization happen to be one of the partner organizations said that the alliance provided the opportunity for them to understand that in order to enhance their work they needed evidence that is based on research of which he noted that the alliance created that opportunity for them to have access to those evidence through research work. 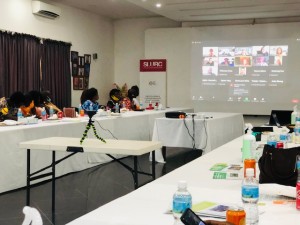