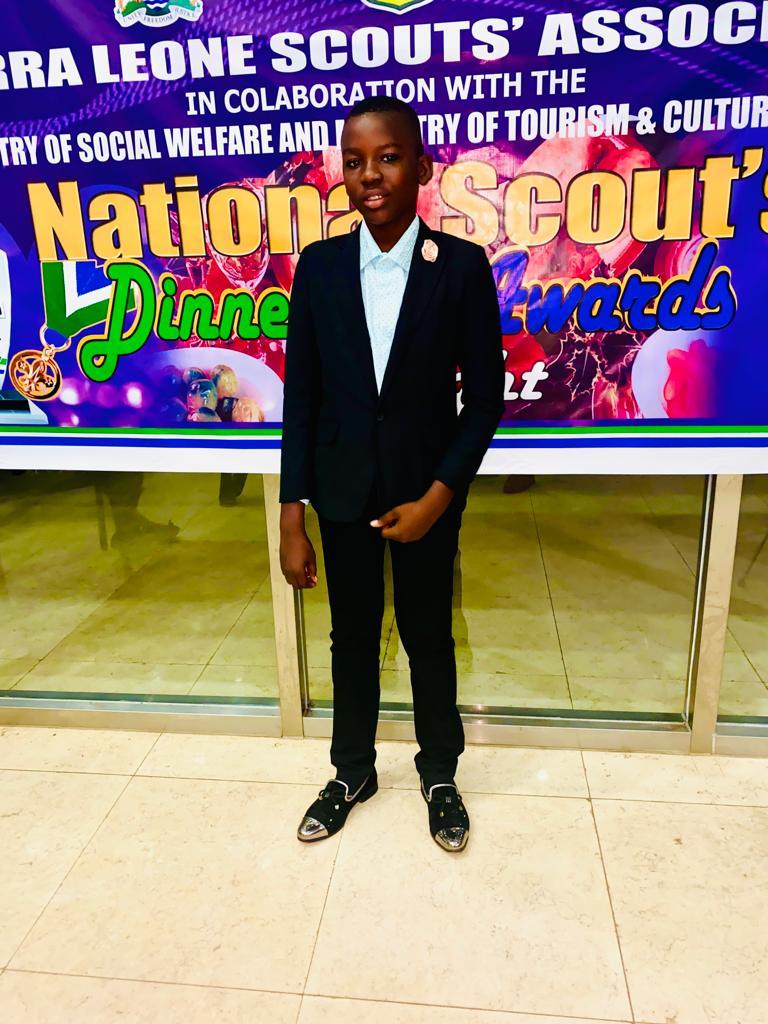 In recognition for his selfless service, work, and dedication towards the development of scouting in Sierra Leone and abroad, the Sierra Leone Scouts Association (SLSA), has awarded the Chief Executive Officer of JUSAS Global Conglomerate and the Ambassador at Large of the Association to the United States of America Abdul Sigismond Sesay the National Scouts awards during its 113th anniversary event held at the Freetown City Council Hall in Freetown.

The award was received by the family (son) and cross section of the staff of GLOBAL on behalf Mr. Sesay who is currently in the United States of America

It could be recalled that Mr. Sesay was appointed  last year as  Ambassador At Large & Senior Commissioner” of the Sierra Leone Scouts Association to the United States of America  by the association , a position he has excelled extremely well in repositioning the association abroad and whilst serving as its ambassador . 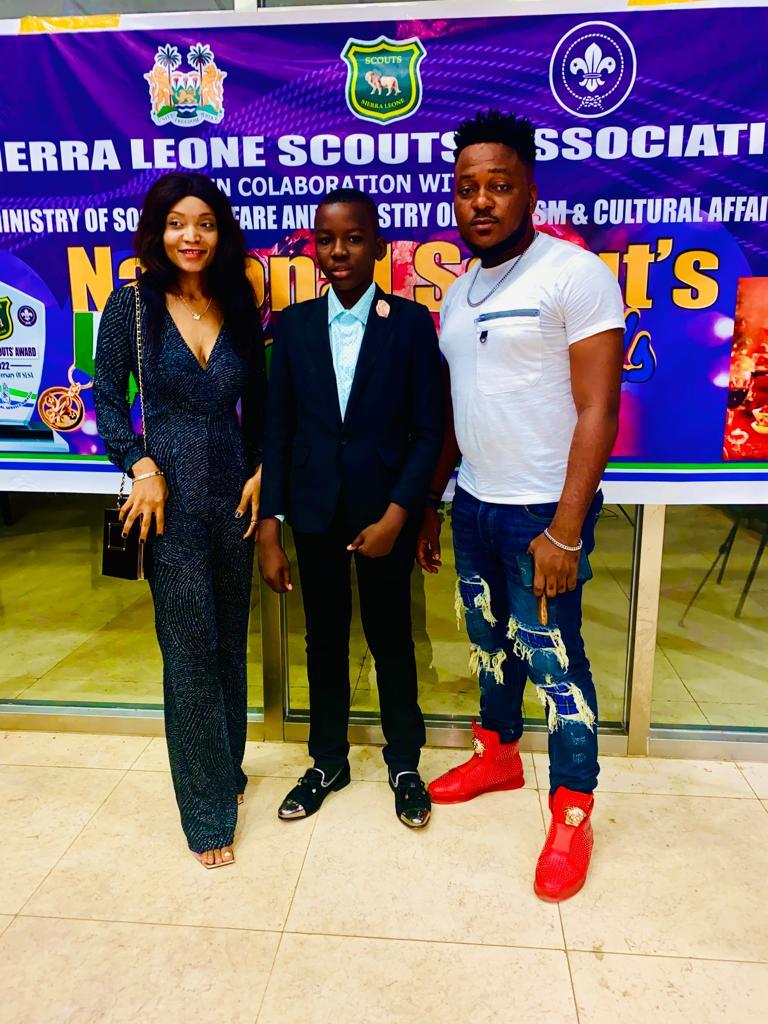 Amb. Abdul Sigismond Sesay has contributed in the renovation and painting of the administrative office of the Sierra Leone Scouts Association’s headquarters at New England Ville and the Grafton Scout Camp in the Western Rural part of the city a move that was highly praised by the association’s body.

‘’ I am happy to play my part to give face lift to the administrative building of our revered Scouts Association as well as the Grafton Scout Camp. This is done in my own little way to augment and enhance the change of narrative from the then to now, it shouldn’t be business as usualma’’ Amb. Sesay said. 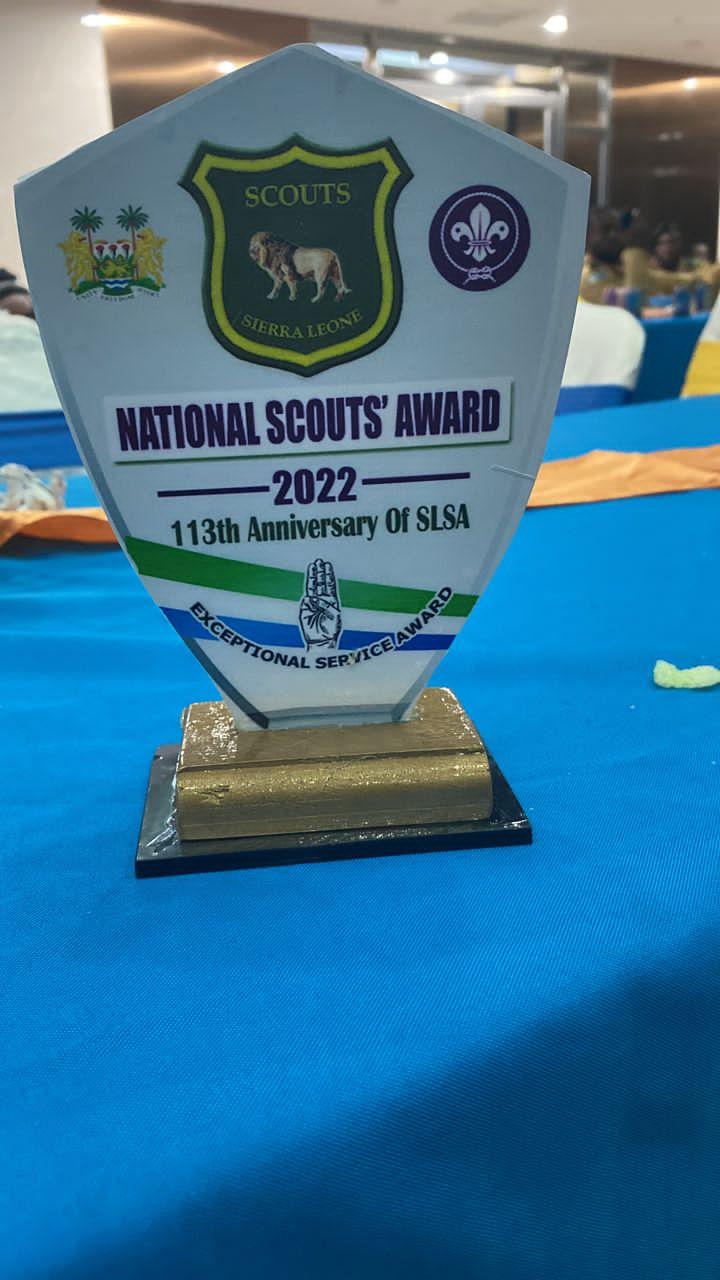 The JUSAS Global conglomerate CEO assured the association of his continued unwavering support in doing more towards the development of the scouting body both at home and abroad adding that when he was appointed as ambassador at large last year, he took an oath to be selfless, helpful and to transform the scouting body in the country and anywhere he travels

The SLSA Ambassador at large called on other members of the association to join hands in Sierra Leone in bringing more development as he said scouting has contributed greatly in the moulding, and the making up of patriotic citizens in the country stating that their membership cuts across all regions and districts in the nation.

‘’Additionally, the leadership and members of the SLSA has resolved to celebrate  the 113th anniversary of scouting excellence on the shores of Sierra Leone  and the 115th anniversary of scouting in the world with several activities  including and not limited to presentation  of meritorious and proficiency  awards to outstanding personalities and institutions that have contributed towards the development of scouting and /or capacity building and protection of young people in society,’’ SLSA said in a statement.

The Sierra Leone Scouts Association (SLSA) is one of the oldest and undoubtedly the largest youth organization in Sierra Leone. The SLSA was introduced in Sierra Leone in 1909 as branch of the British Scouts by Reverend G. Garrick at the CMS Grammar School, in Freetown.