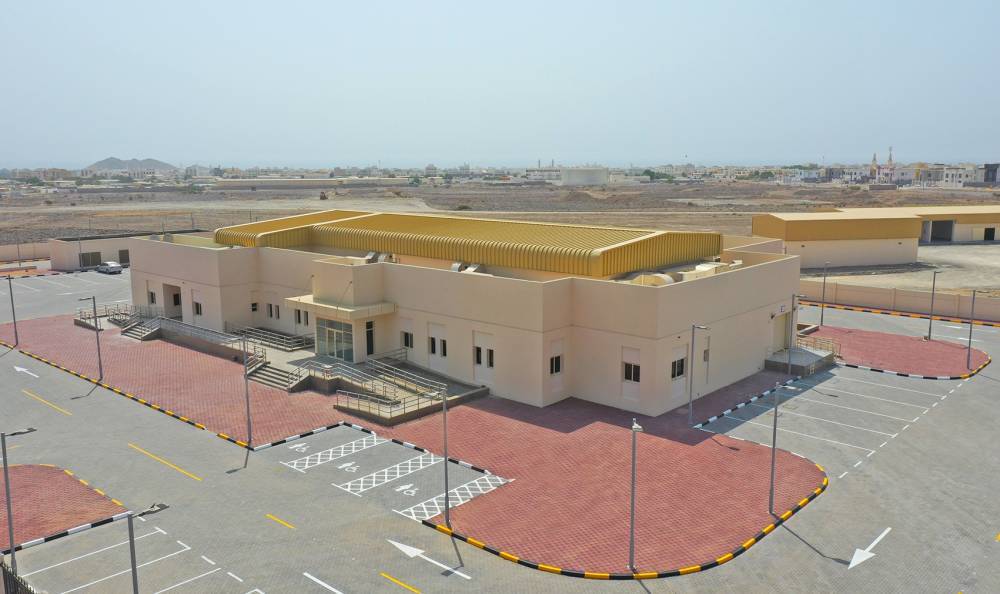 1500 carcasses capacity of the slaughterhouse per day

The Department of Public Works in Sharjah has completed the modern slaughterhouse of Khorfakkan, which is characterized by a set of advanced and modern features, and provides services to the residents of the city according to the highest standards in the fields of work in the slaughterhouses.

Engineer Ali bin Shaheen Al Suwaidi, Head of Sharjah Public Works Department, said that the slaughterhouse project falls within the department’s development plan that meets the needs of municipal councils, and is located in the Al Zubarah Industrial Area on a land area of ​​18,000 square metres.

In detail, Eng. Muhammad Bin Yarouf, Director of Branches Department in the department, indicated that the building has an area of ​​1,630 square meters, and includes a large slaughterhouse on an area of ​​624 square meters, with a ceiling height of 10 meters, suitable for slaughtering camels, cows and sheep, and it includes several entrances, some of which are intended for visitors. Including gates dedicated to livestock that operate according to a specific movement mechanism organized by the ticket room, gates for camels and others for sheep, as well as gates for unloading, loading and disposal of slaughterhouse waste. Staff rooms, dressing rooms, a private entrance to regulate their entry and exit, and the control room and ticketing to facilitate the work mechanism.

The mechanisms applied in the slaughterhouse include solar water heating, which contributes to rationalizing the expenditures required by the process of heating the hot water used in the slaughter halls by burning fuel, and the presence of a sterilization station at the entrance to the hall equipped with sensors that do not allow the worker to pass until after sterilization.

The slaughterhouse also contains boxes for slaughtering cows and camels, which are distinguished by working according to advanced mechanisms such as counting the numbers of carcasses, following standards for maintaining the health and safety of workers, and applying animal welfare standards.

The slaughterhouse operates with a capacity of 1,500 carcasses per day of small and large cattle. In detail, 150 heads of cattle are slaughtered per hour and 20 heads of camels and cows per hour.

The slaughter process continues according to a sequential mechanism to regulate the movement, where there are two entrances, an entrance for camels and cows, and another entrance for sheep, and then it passes through the examination room by specialized doctors, then slaughtering and skinning to the cutting stage, and all the devices used are automatic and fast to reach the highest rates of speed and quality. The slaughterhouse also contains a cooling room And service rooms, rooms for administrators, processing and cutting, and the vet’s room.

In the same context, in implementation of the directives of His Highness Sheikh Dr. Sultan bin Muhammad Al Qasimi, Supreme Council Member and Ruler of Sharjah, the Sharjah Public Works Department completed the Khorfakkan Municipality nursery in the Al-Hari area, which is located within the department’s development projects to meet the needs of the Khorfakkan Municipal Council.

Previous articleAhmed Ahmed, one of the best fitness trainers in UAE
Next articleEducation announces the top 50 in the Emirates Standardized Test for the academic year 2020/2021