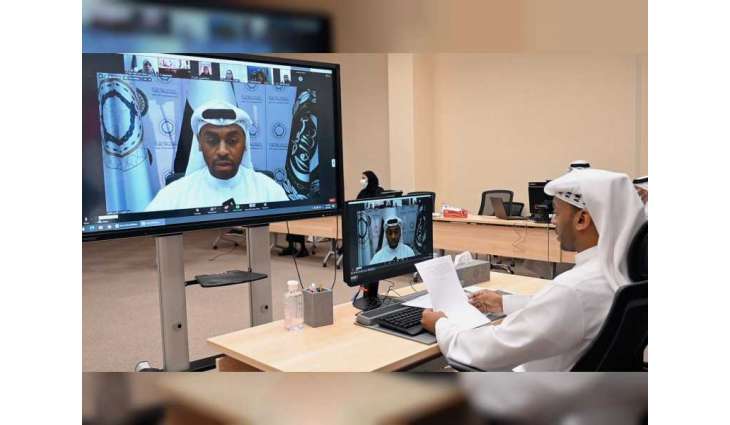 SHARJAH, (Pakistan Point News – 17th Feb, 2021) Sharjah witnessed, in the presence of 16 Arab countries, the opening of the second session of the Arab Parliament for the Child, in a ceremony organised by the Arab Parliament for Children through visual communication technology, due to the current precautions against the COVID-19 pandemic.

The ceremony, attended by the 64 new members of parliament, marked the completion of the march, which began in 2019, with the blessing and presence of H.H. Dr. Sheikh Sultan bin Muhammad Al Qasimi, Supreme Council Member and Ruler of Sharjah, and Ahmed Aboul Gheit, Secretary-General of the League of Arab States.

The first session of the second session of the Arab Parliament for the Child is scheduled to take place on 20th February, 2021, headed by the oldest member to discuss the topic of “Innovation, the Platform for the Future”, in addition to honouring former members of parliament in the first session, through a ceremony that will be held electronically.

The ceremony began with the recitation of verses from the Holy Quran, after which the attendees watched a video presentation that shed light on the goals of the Arab Parliament for Children, its specialisations, and the roles of its child members.

Ayman Othman Al Barout, Secretary-General of the Arab Parliament for the Child, delivered the opening speech on the occasion of the second session in the Emirate of Sharjah, which hosts the permanent parliament headquarters, welcoming the members. He has further lauded the topic of the session which underscores the importance of innovation, especially in light of the Emirates Mars Mission (Hope Probe).

In his speech, Al Barout congratulated the members of Parliament while announcing their enrolment in the skills diploma accredited by the University of Sharjah.

Concluding his speech, he stressed that the parliament spares no effort in upgrading and developing the skills of the children in various areas, achieving the highest quality standards in refining the leadership and entrepreneurial skills of our children.