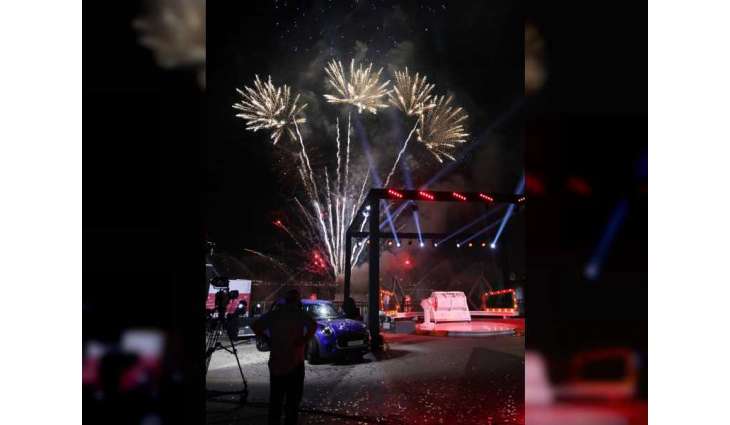 (Pakistan Point News – 13th Feb, 2021) SHARJAH, 13th February 2021 (WAM) – The “Sharjah Shopping Promotions” campaign, which is organized by the Sharjah Chamber of Commerce & Industry (SCCI), has concluded on a high note after six weeks of excitement, surprises and much-awaited activities.

Other lucky shoppers also won vouchers worth AED 3,000 to AED 5,000 in addition to other prizes presented by malls and supermarkets, which amounted to about AED 2 million.

Ibrahim Rashid Al Jarwan, General Coordinator of Sharjah Shopping Promotions, stressed that the “Sharjah Shopping Promotions” has successfully achieved its targets including supporting the commercial traffic and the retail trade sector, in particular, adding that the volume of purchases during the campaign period was estimated at AED 800 million, according to the number of purchase vouchers and visitors to commercial centres as well as indicators of sales movement.

“The campaign was well-received by shopping centres, shops and shoppers,” he further said.

For his part, Jamal Bu Zinjal, Assistant General Coordinator for Sharjah Shopping Promotions, lauded the cooperation of major shopping centres in Sharjah with the campaign by increasing the numbers of prizes given to shoppers in addition to the prizes allocated by the chamber.

“This has undoubtedly helped us bring about the ultimate goals of the campaign as evidenced by the growing volumes of sales and shopping, something which made the second edition of the event successful by all standards.

We highly appreciated the role played by the Sharjah Broadcasting Authority (SBA) through its raffle program “Shopping Promotions”, which has been broadcasted on Sharjah tv every week during the event and has contributed greatly to promoting the campaign,” Bu Zinjal noted.