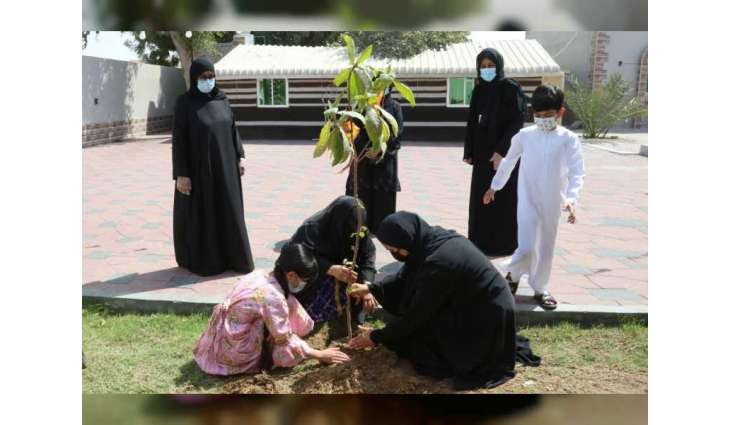 SHARJAH, (Pakistan Point News – 21st Feb, 2021) In line with the visions and directives of H.H. Dr. Sheikh Sultan bin Muhammad Al Qasimi, Supreme Council Member and Ruler of Sharjah, to increase the green area and encourage agriculture, the Sharjah Municipality launched an initiative to distribute agricultural seedlings as part of its participation in the 41st Afforestation Week, in order to strengthen its role in spreading the green patch and planting trees to emphasise its importance.

Thabet Al Tarifi, Director General of Sharjah Municipality, stressed that the municipality’s participation in the activities of the afforestation week reflects its tangible role and its keenness to enhance environmental awareness and encourage and pay attention to agriculture.

Al Tarifi pointed out that the municipality launched an initiative to distribute agricultural seedlings to citizens according to a set of preventive and precautionary measures, as it distributed them after performing the necessary sterilisation operations before handing them over to citizens, with the commitment of employees to wear a face mask and gloves and adhere to social distancing.

Hassan Al Tifaq, Assistant Director General for the Agriculture and Environment Sector, explained that the Afforestation Week is an environmental occasion through which the municipality is keen to spread awareness in the environmental field and to preserve and increase trees and plants, and to achieve its goals, the municipality distributed more than 3,000 seedlings to citizens, which are propagated in the nurseries of Sharjah city gardens.