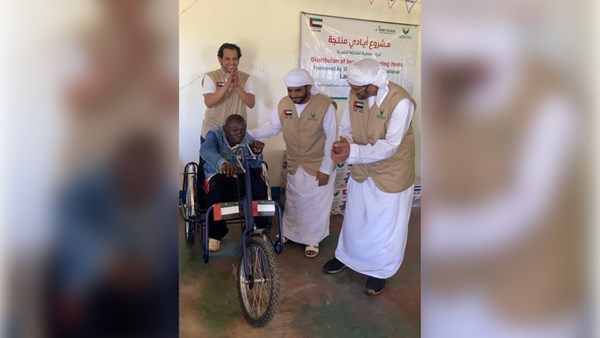 The Sharjah Charity Society conducted a humanitarian campaign on the Kenyan island of Lamu, in which media and social media activist Ibrahim Al-Dhali participated, who said that the campaign led by Ali Al-Rashidi, head of resource development at the Sharjah Charity Society, included holding mass weddings for the island’s population and the inauguration of a number of homes for the poor in shelter projects. The association implements it to support needy families and classrooms, to spread educational programs among remote areas, launch projects for productive families, provide clean drinking water to the population and build mosques.
He explained that the people of Lamu Island expressed their great joy at this unlimited humanitarian support from the Sharjah Charity Association. A number of Emirati activists on social media, including Ahmed Al Sheryani, also took part in this campaign.
It is noteworthy that Sharjah Charity completed 989 projects in the Republic of Kenya, worth 17.7 million dirhams, from 2017 to the end of March 2022. Through its relief efforts, the association looks forward to making charity work a way to develop society and raise the standard of living of its citizens, and to provide emergency assistance according to international standards, which the association’s work has resulted in In cooperation and coordination with the Ministry of Foreign Affairs and International Cooperation and the UAE’s embassy in the capital Nairobi, build 36 homes for the poor projects implemented by the association to support needy families and 21 classrooms to disseminate educational programs among remote areas within the “Let’s Learn” initiative, 7 charitable grants and the inauguration of 210 projects for families. The “Juffair Al Khair” initiative.