Serbia and Sierra Leone: 60 years since the establishment of diplomatic relations 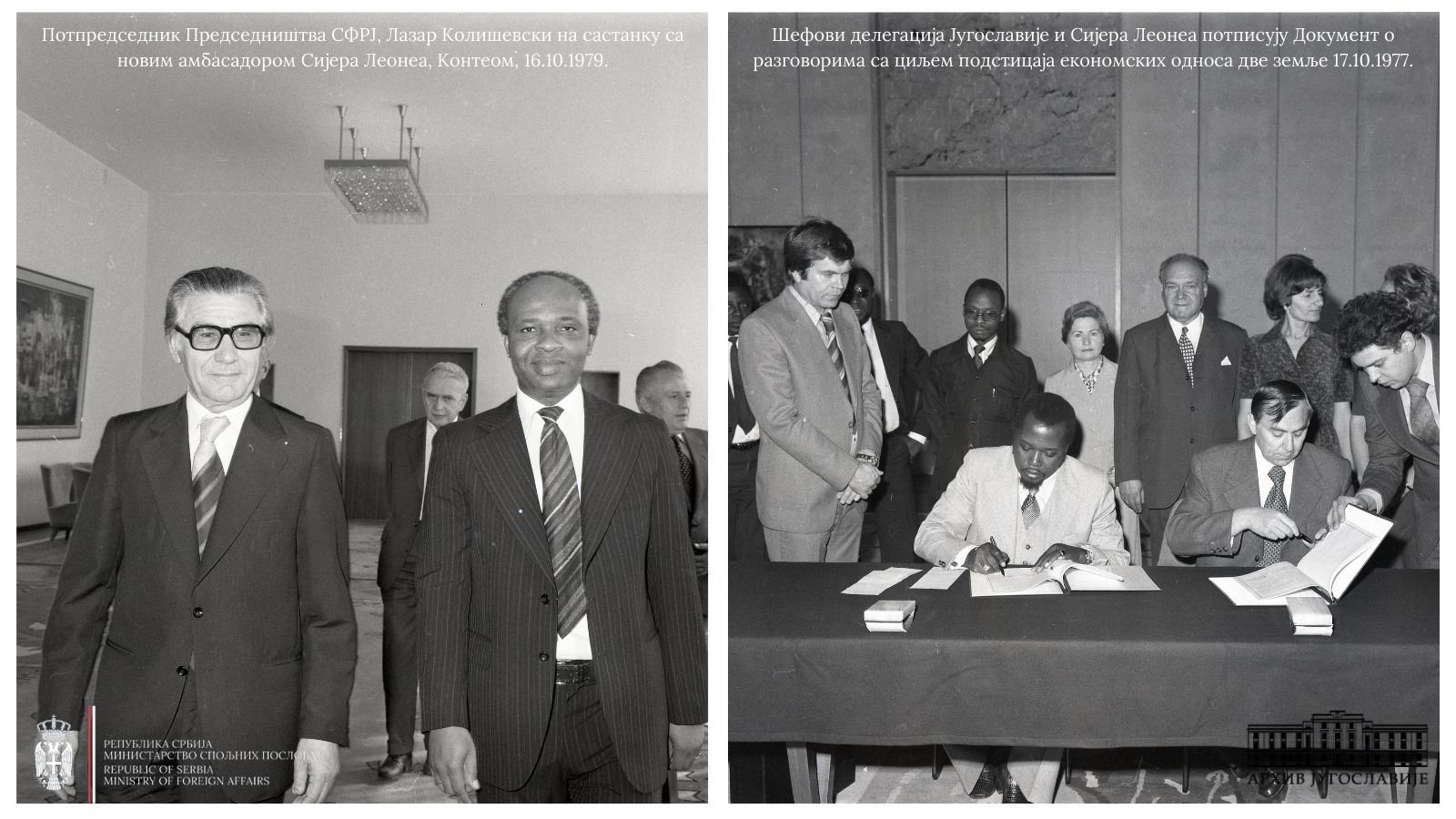 “Taking into account the sincere friendship that ties our two states, forged precisely 60 years ago, and based on the principles and joint activity within the Non-Aligned Movement, I am deeply convinced that the cooperation between the Republic of Serbia and the Republic of Sierra Leone will continue to develop in all areas of common interest”, reads the congratulatory message by Minister Selakovic.

Confident that the decades-long friendly relations between the two countries would continue to be promoted to the benefit of our peoples, the Serbian Foreign Minister expressed deep gratitude to the Republic of Sierra Leone for its support to the preservation of the territorial integrity and sovereignty of Serbia.

“We highly value the decision of your country to revoke its recognition of the unilaterally declared independence of “Kosovo” which we see as an unambiguous demonstration of sincere friendship between our countries and peoples. Please accept, Excellency, the assurances of my highest consideration”, Minister Selakovic stated.

The Republic of Sierra Leone was a British colony from 1808 to 1961, when it gained independence.

Diplomatic relations between the SFRY and the Republic of Sierra Leone were established in 1961, immediately after gaining independence.

Sierra Leone is one of the first members of the Non-Aligned Movement, and a state that cooperated closely with the SFRY in implementing the policy of decolonization.

On 2 March 2020, the Republic of Sierra Leone revoked its recognition of the unilaterally declared independence of the southern Serbian province.