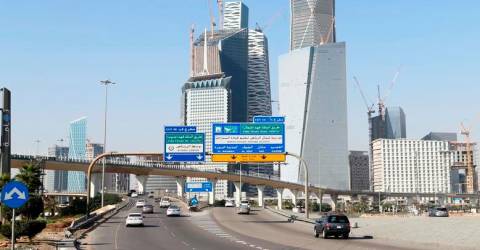 LONDON/RIYADH: Saudi Arabia’s Public Investment Fund plans to double its assets to 4 trillion riyals (US$1.07 trillion/RM4.31 trillion) by 2025, Prince Mohammed bin Salman said on Sunday, a move that would make it one of the world’s biggest sovereign wealth funds.

A new five-year plan would make the fund “the leading catalyst for Saudi Arabia’s economic transformation and diversification,“ the prince added in a speech on state TV.

The prince has long pushed the Public Investment Fund (PIF) as a central plank in his plan to find ways of driving growth while weaning the economy off its dependence on oil. Crude exports still account for more than half the kingdom’s income.

Sunday’s announcements highlighted “the fact that developments in Saudi Arabia are going to be PIF-led. But external funding will remain critical given the size of its objective,“ said Monica Malik, chief economist at Abu Dhabi Commercial Bank.

The five-year strategy would see the fund creating 1.8 million direct and indirect jobs by 2025, from 331,000 by the end of by the third quarter of 2020, he said. To boost domestic economy, the fund planned to inject at least 150 billion riyals annually in the local economy until 2025, Prince Mohammed added.

The PIF and its companies aimed to contribute 1.2 trillion riyals to non-oil gross domestic product by the end of 2025, he added.

“The Fund’s role as a separate channel to support the economy at the time of volatile oil prices is of major importance. It will help build savings, secure financing and attract investments,“ said Mazen al-Sudairi, head of research at Al Rajhi Capital.

The fund has become a more active investor since 2015, taking a US$3.5 billion stake in Uber Technologies and contributing US$45 billion in Softbank’s inaugural US$100 billion technology fund. – Reuters