News broke that Saudi Arabia will no longer allow its public sector to contract with foreign firms that do not have their regional headquarters sited in the Kingdom from 2024. The announcement sparked immediate and diverse reactions on social media. Using the Pulsar TRAC audience intelligence and social listening platform, Anavizio collected over 20,000 Arabic and English social media conversations from Facebook and Twitter from the days following the news. 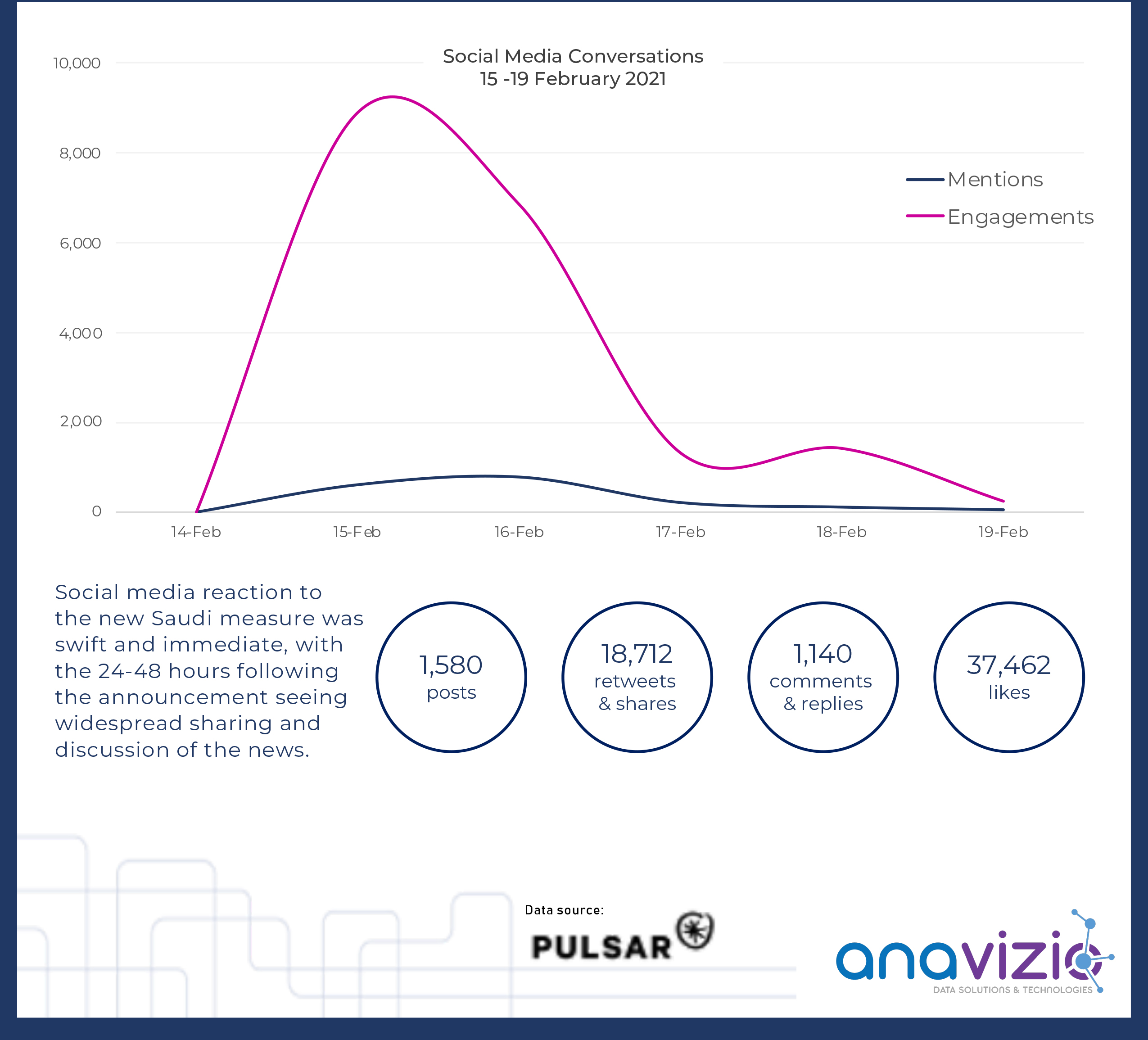 The media played a significant role in sharing the announcement on social media with 49 per cent of posts coming from news outlets, information sites and journalists.

While major news outlets such as Al Jazeera, Bloomberg, the Financial Times and Reuters shared the news, it was local news and information sites that generated the highest interest and engagement. Two tweets by the Saudi Press Agency (SPA), which first carried the news, generated 8,568 retweets and 10,732 likes, accounting for 46 per cent and 29 per cent of the total retweets/shares and likes respectively. 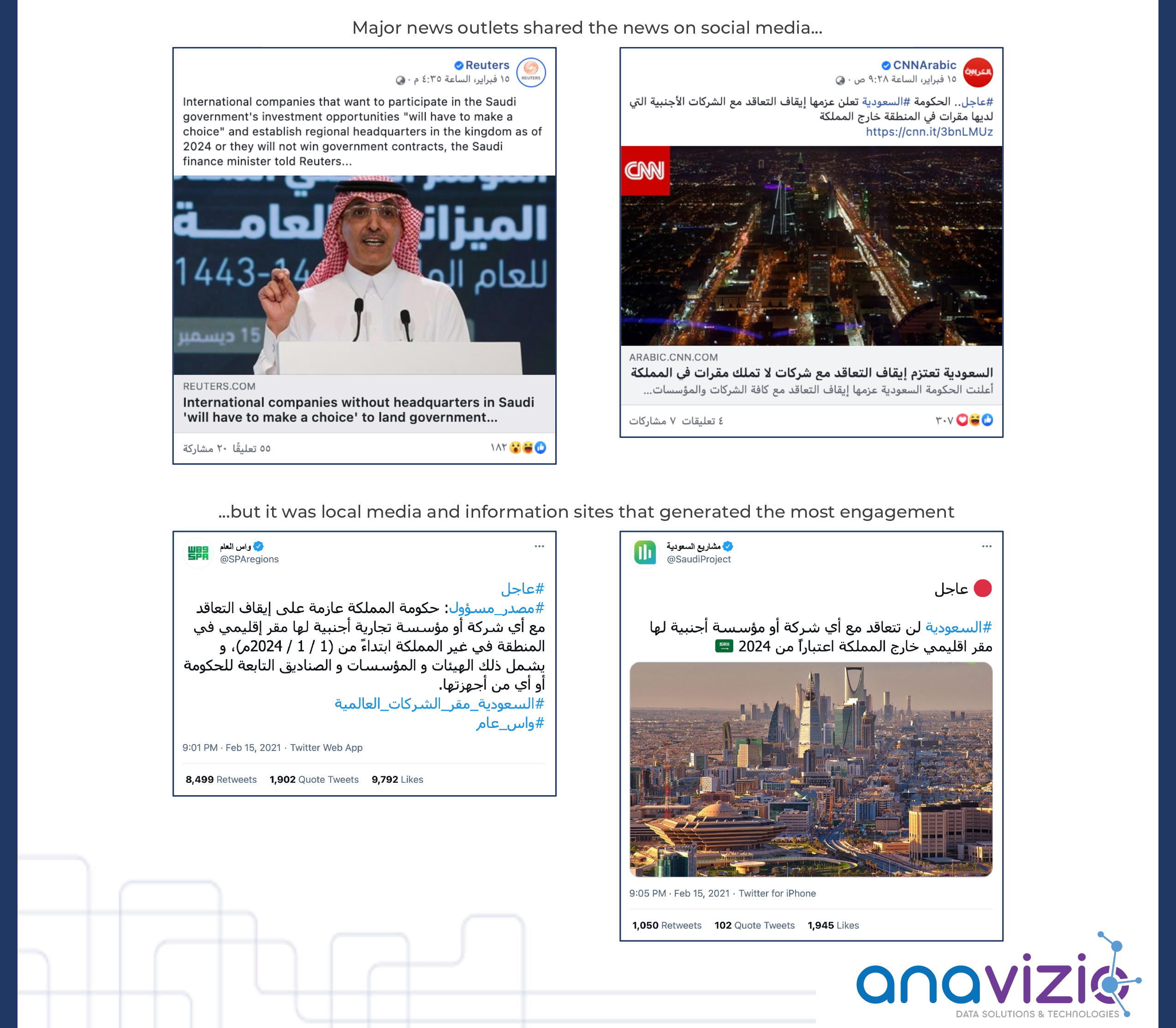 Analysis of a sample of posts, comments and replies that express an opinion shows a wide spectrum of reactions with key differences between local Saudi, regional and global audiences.

Users in Saudi Arabia were largely supportive of the government’s move. Just over half saw the new stipulation as a positive step, while a significant portion of users believed it was high time the benefits and profits from local projects stopped going to companies basing themselves in neighbouring countries. However, some viewed Dubai as having a better business climate for companies to base themselves.