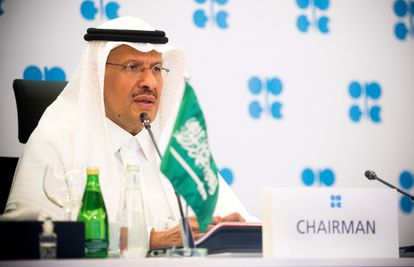 The tensions that kept oil production stalled are beginning to dissipate.

The exporting countries have reached an agreement this Sunday to increase crude oil production by 400,000 barrels per day from August, as reported in a statement.

Faced with the sharp rise in prices, at highs of more than three years, the representatives of the expanded OPEC or OPEC + had agreed to hold a meeting by videoconference this Sunday to try to reopen the supply tap, blocked by differences between Saudi Arabia and the United Arab Emirates, and the talks have paid off.

To avoid leaving the telematic encounter with a new failure, it has been necessary to balance the balance. According to Bloomberg, the agreement contemplates higher production quotas for the United Arab Emirates, Iraq and Kuwait from May 2022. In the text released to the media, the exporting countries claim to have taken note of “the continuous strengthening of the fundamentals of the market, with the demand for oil showing clear signs of improvement, and of the fall of the OECD stocks, while the economic recovery continues in most of the world thanks to the acceleration of vaccination programs ”.

On paper, the increase in supply by an additional two million barrels between now and the end of the year should ease the pressure on the price of a barrel of oil, which in recent days has reached over $ 75, both in the case of oil and gas. American West Texas as well as European Brent. This increase has been transferred to fuel prices, which in Spain this week exceeded 1.40 euros for the first time in the last seven years.

The rise in energy is also seen as the major price disruptor. In the United States, inflation stood at 5.4% in June, and in the euro zone it is 1.9%, so both blocs were very interested in the agreement becoming a reality, due to its potential to deflate energy prices. So much so that even US President Joe Biden urged exporting countries to act together – referring to hostilities between Saudi Arabia and the United Arab Emirates. And a spokesman for the White House assured that they were “closely following the negotiations and their impact on the world economic recovery”, and maintaining contacts to find a solution that would allow increasing production.

It remains to be seen to what extent the movement of the cartel of oil countries can serve to cover the increase in demand derived from the powerful economic recovery underway and also relieve pressure on central banks, which are increasingly urged to rise. interest rates to contain the rise in prices.

A delicate step because of its potential to damage recovery.

Last year, OPEC +, which includes allies like Russia, agreed to cut production by almost 10 million barrels a day due to sinking demand from the pandemic.

After the snip, it was at about 90 million barrels, although a good part of that cut has been recovered as the months passed and the restrictions were relaxed.

The decline is now around 5.8 million barrels.