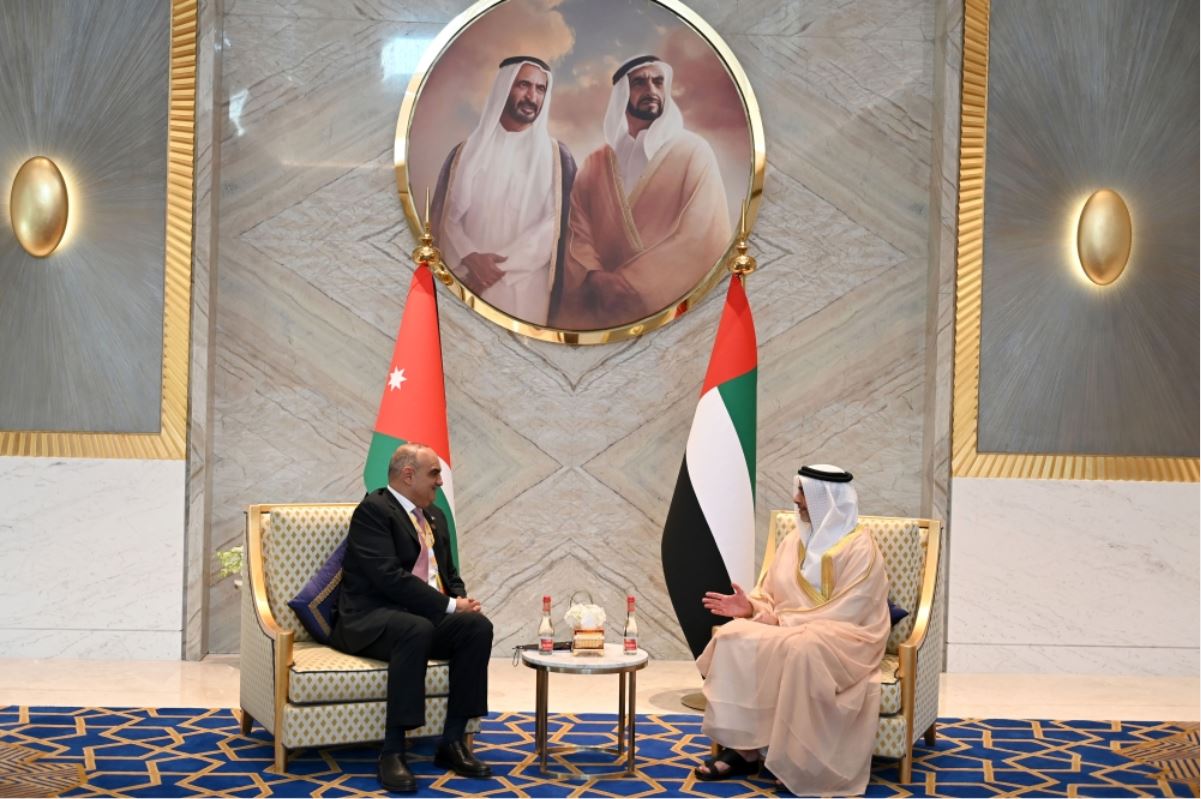 During the meeting, which was attended by His Highness Sheikh Ahmed bin Saeed Al Maktoum, President of the Dubai Civil Aviation Authority, Chairman of the Expo 2020 Dubai Higher Committee, His Highness Sheikh Mansour bin Mohammed bin Rashid Al Maktoum, and a number of ministers and officials, prospects for cooperation between the UAE and the Hashemite Kingdom of Jordan were discussed. And the development of bilateral relations at various levels and in various fields, in a manner that reflects the depth of the solid ties between the two brotherly countries and peoples, and in the light of a common vision within new paths of fruitful cooperation that is commensurate with the two countries’ regional and international standing.

General Sheikh Saif bin Zayed Al Nahyan welcomed the Jordanian Prime Minister and his accompanying delegation, stressing the depth of the distinguished ties and brotherly relations that unite the UAE and the sisterly Kingdom of Jordan, which His Highness wished the government and people of further progress and prosperity on various development paths.

His Highness also congratulated His Excellency the Jordanian Prime Minister on the National Day of the Hashemite Kingdom of Jordan, which is being celebrated at Expo 2020 Dubai.

Dr. Bishr Al-Khasawneh stressed the depth of the close relations between the two brotherly countries and the work to develop them in various sectors, praising the great success achieved by Dubai and the UAE in organizing Expo 2020 Dubai, pointing out that the exhibition provides an ideal opportunity for participating countries to benefit from the capabilities and future innovations that they enjoy. It is in the United Arab Emirates.

Jordan will participate in the Dubai Expo 2020 with a pavilion bearing the slogan “Thresholds of the Future”; it displays the development that Jordan has achieved in many fields, aspects of cooperation, investment and future opportunities for partnership with various sectors in Jordan. It also reflects a clear picture of the most prominent Jordanian achievements in many fields. economic and social sectors.