Rybakina rolls, faces Kasatkina in Abu Dhabi Round of 16 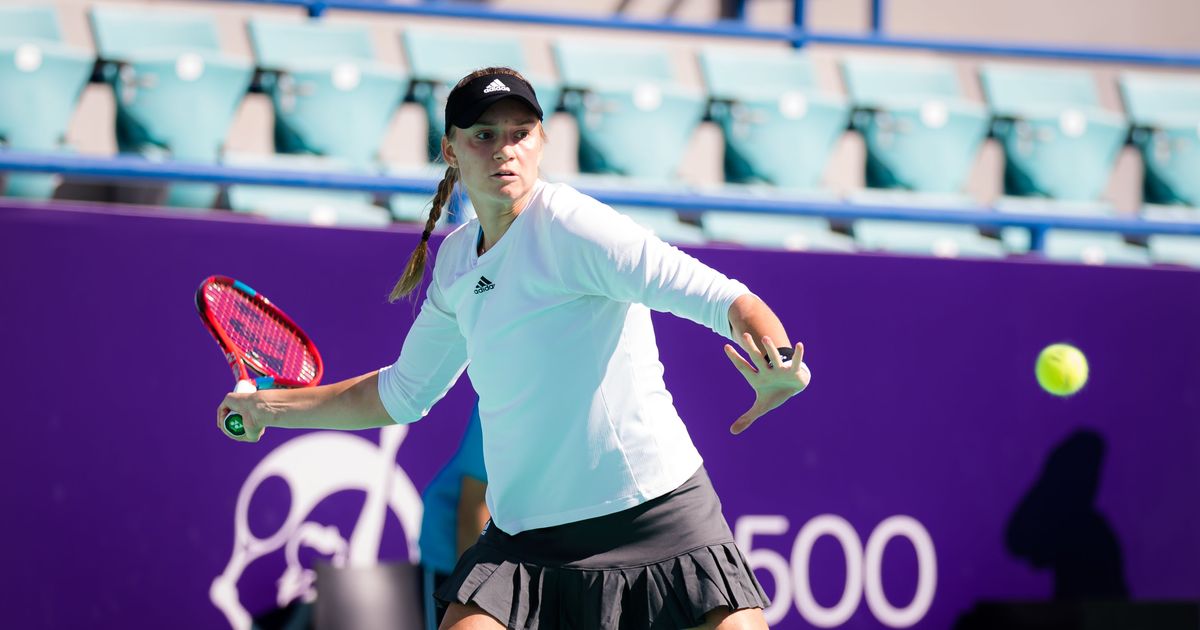 ABU DHABI, U.A.E. — No.6 seed Elena Rybakina believes it will be difficult for her to recapture the magic she had this time last year, when she came flying out of the gates to make four consecutive WTA finals to start the 2020 season. But the 21-year-old from Kazakhstan has looked solid to start her 2021 campaign.

On Saturday, Rybakina booked her spot in the Round of 16 at the Abu Dhabi WTA Women’s Tennis Open with a 6-4, 6-4 win over China’s Wang Xiyu. In a first-time showdown between these two big-hitters, Rybakina proved the steadier player from the baseline. Though she served at less than 50% for the match, Rybakina remained perfect on her service games, saving the two break points she faced.

Rybakina has not lost a set through her two matches, and she will face Daria Kasatkina next. Kasatkina advanced to the Round of 16 after receiving a walkover from No.12 seed Karolina Muchova.

From the outside, Rybakina’s form has looked sharp. But Rybakina says she still has a long way to go to find her acceptable level.

“At this tournament, I’m not expecting much,” Rybakina said. “I’m just trying to find the rhythm and play lots of matches and we’ll see how it goes.”

“Today I hit a lot of unforced errors and my serve was up and down. I think it was a lot of mistakes from both sides. It was windy today and she plays aggressive so it was difficult to move the ball. First round I think I played more solid but still not the best yet.”

“I think with every match I will get better and better and soon I can show my best, but I think it’s like 50% now. It’s still not so close to the best.

Rybakina’s breakout 2020 season, which saw her make four finals in the first two months of the season, was grounded by the tour’s shutdown due to the COVID-19 pandemic in March. Rybakina would make one more final after the tour resumed, losing in three tough sets to Elina Svitolina on clay in Strasbourg.

When the tour finished in October, Rybakina and coach Stefano Vukov were in no mood to rest.

“I was practicing a lot because we finished the year and I didn’t have vacation,” Rybakina said. “Just a few days off. Because in this pandemic time in March, I didn’t hold a racquet for three months. So it was a lot of rest.

“So I was practicing for two months. From the 13th of November I started here in Dubai.”

“We worked on everything because I still have to improve on technical stuff and physically of course. It’s a lot to improve and it’s not easy to catch the rhythm that I had at the beginning of 2020 because after the pandemic it was difficult to start again. I think only in the end of the second half of the year I started to play better and better but already the year was finished, so it was really crazy. So hopefully now I can play a lot of matches now.”

Effective February 15, Etihad Airways will recommence passenger flights from Abu Dhabi, the capital of the UAE, to Doha, Qatar, subject to the...
Read more
News

(20 Jan 2021) Emirates, in coordination with the Dubai Health Authority and the Ministry of Health and Prevention, has started vaccinating its...
Read more
News