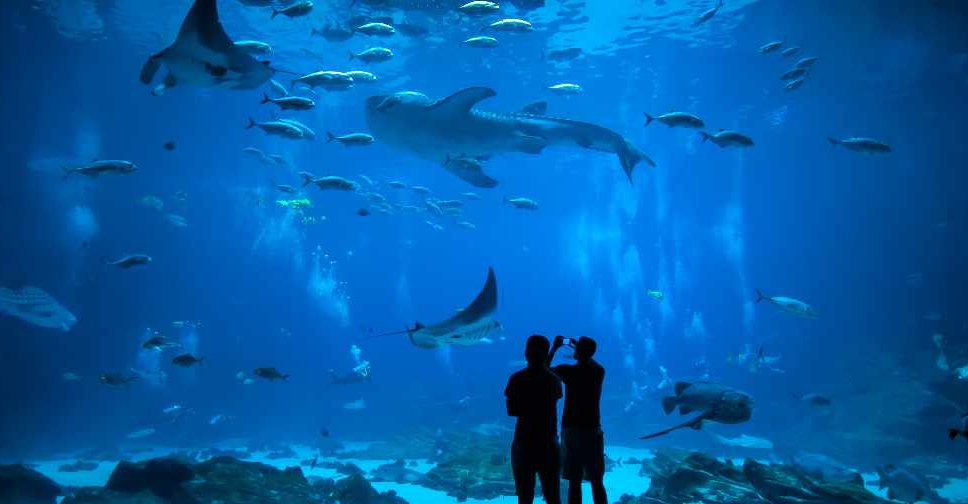 Set to be the largest aquarium in the Middle East, it is home to 46,000 creatures spread across 10 zones. These animals are cared for by a team of 80 sea-life experts and specialists known for their outstanding work in other aquariums around the world.

Located within the Rabdan Area, the National Aquarium is one of the 11 anchors found within Al Qana, a unique waterfront destination redefining social dining and entertainment to Abu Dhabi.

The newly launched attraction has welcomed an outstanding amount of visitors from all over the world in only its first day.

Its main features which visitors have been able to experience include iconic species such as the world-famous Super Snake, believed to be the longest reptile on display in the world, along with a large school of Hammerhead sharks and many other hero creatures, such as the ‘Professor’, an Asian Water Monitor Lizard, who guests can now meet in the Flooded Forest. The facility includes over 60 exhibits across 10 zones and it is expected to take an average of 2 hours to complete the journey.

General Manager Paul Hamilton said: “We are absolutely delighted to have launched this amazing attraction not just for the citizens around the UAE, but also for the world to enjoy especially during a period where the country has been experiencing a huge amount of tourists from all over the world.”

“The National Aquarium has been years in the making and we are so excited to have launched this magnificent attraction not just for visitors to experience, but also as part of the initiative to contribute to the conservation in the emirate by providing education, rescue, and rehabilitation as the guiding priorities for this remarkable project,” he added.-TradeArabia News Service