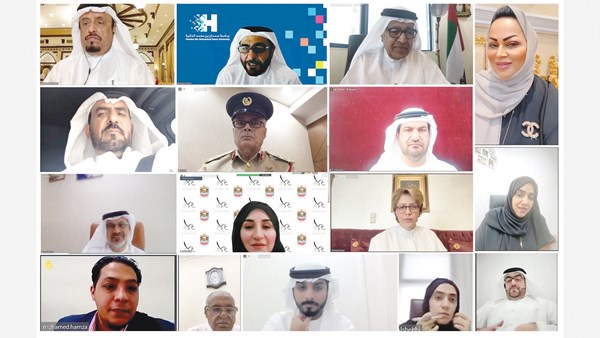 His Excellency Lieutenant General Dhahi Khalfan Tamim, Deputy Chief of Police and Public Safety in Dubai and President of the Emirates Association for the Gifted, called for a reformulation of the association’s strategy to be in line with His Highness Sheikh Mohamed bin Zayed’s vision and ambitions. Al Nahyan, President of the State “May God Protect Him”, and His Highness Sheikh Mohammed bin Rashid Al Maktoum, Vice President and Prime Minister of the UAE and ruler of Dubai, focusing on education and scientific research, developing the education process, nurturing talent, educating innovators and introduce elements of technological and industrial development, including peaceful and renewable nuclear energy and space science, to achieve the state’s strategy UAE, which aims to be one of the world leaders in scientific and industrial research and a leading global center for innovation in 2071 AD.
His Excellency added: The Emirates Association for the Gifted has set among its priorities and future plans that its new strategy includes a vision, a message and values ​​that keep pace with the aspirations of the new leadership in the United Arab Emirates, which aims to create a generation of young people who want to create an industrial revolution. His Excellency suggested that the association will work on holding workshops in which Emirati’s strategic planners, specializing in industrial areas, will take part in formulating a set of recommendations that will shape the new strategy of the association.
This happened during his excellence as chairman of the ordinary meeting of the Emirates Association for the Gifted, which was held externally yesterday morning, following its General Assembly meeting.
During the meeting of the general meeting, the financial and administrative reports for the past year were reviewed, the budget proposal for 2022 was approved, the financial statements were approved, an auditor was appointed and the minutes of the previous general meeting were ratified.
The meeting also discussed a number of topics on the agenda, the most important of which is the next phase, setting the date for launching the association’s new website and discussing members’ proposals.