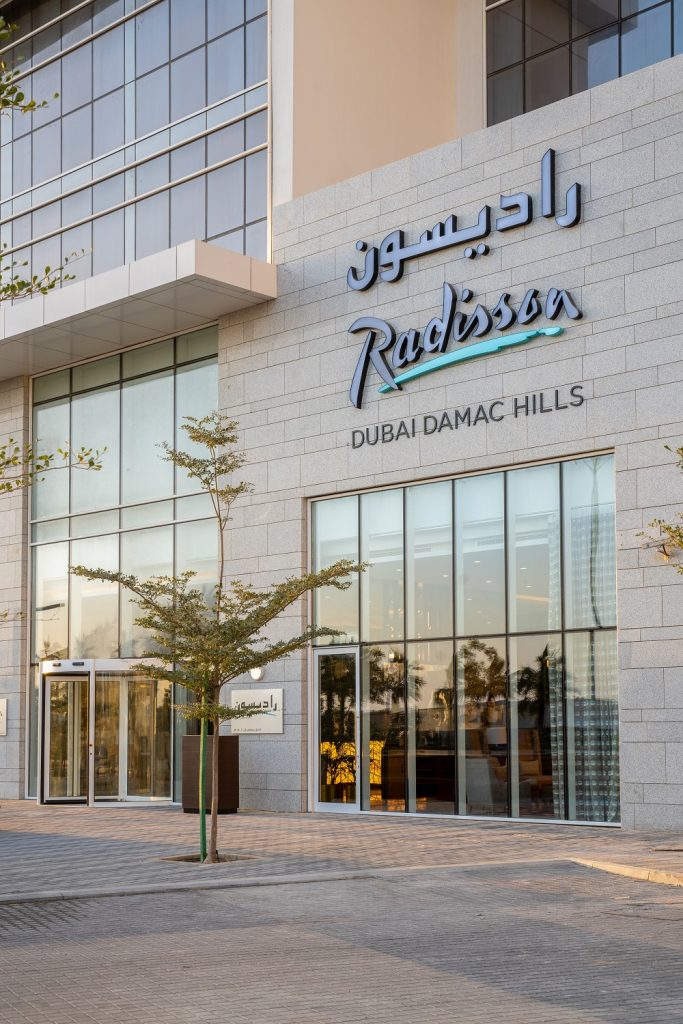 Radisson Hotel Group announced the debut of its fourth brand in the United Arab Emirates, the upscale Radisson, with the opening of Radisson Hotel Dubai DAMAC Hills.

This latest addition brings the group’s presence to 14 hotels in the United Arab Emirates and 77 hotels, resorts and serviced apartments in operation and under development across the Middle East.

This hotel features 481 rooms and apartments, a fitness center, a spa, and an outdoor pool, as well as a plethora of F&B options.