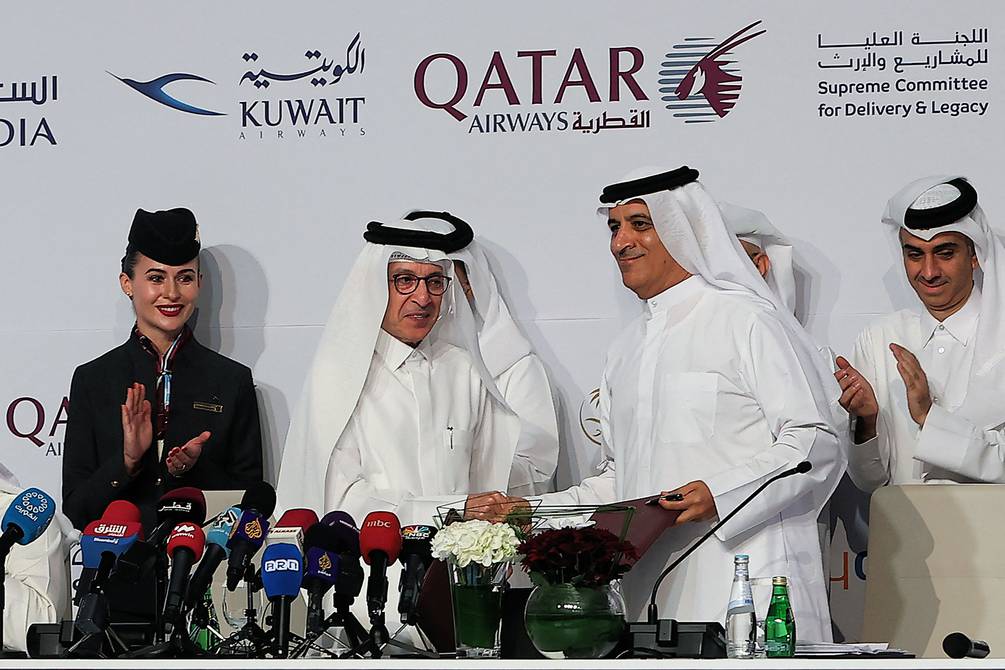 Qatar Airways signed an agreement on Thursday with four Persian Gulf airlines to charter round-trip flights to Doha during the Qatar 2022 World Cup for fans from countries in the region and thus relieve hotel pressure in the Qatari capital.

“We will jointly charter connecting flights from Dubai, (the Saudi city of) Jeddah, Kuwait, Muscat and Riyadh for fans who have tickets for the matches,” Qatar Airways CEO Akbar al-Baker announced at a conference. press conference in Doha together with representatives of the Emirati Flydubai, Kuwait Airways, OmanAir and the Saudi Saudia.

The executive indicated that other companies such as the Emirati Etihad or the Saudi Air Arabia “may join the initiative” and acknowledged that it will serve to compensate for the “shortage of accommodation” in Doha, since “the biggest challenge” for Qatar is that ” everything happens in one place.”


He also explained that these flights will be scheduled so that fans arrive in Doha five hours before the game and can “enjoy the city and the atmosphere and return to their countries that same night.”

The agreement comes 178 days before the start of the sporting event, on November 21, at a time when the Qatari authorities are working around the clock to ensure the availability of hotels, villas, apartments and other accommodation for fans in the first Soccer World Cup in the Middle East.

Since being awarded the organization of the World Cup, Qatar has launched a multimillion-dollar modernization plan with dozens of infrastructure and transportation projects, in addition to the eight states that will host the matches.

Qatar, one of the richest countries in the region for being the second largest exporter of natural gas in the world, hopes that the World Cup will attract more than a million fans from all over the planet.

The small Arab country has an area of ​​just over 11,500 square kilometers and a population of 2.6 million inhabitants, 90% of them expatriate workers. (D)