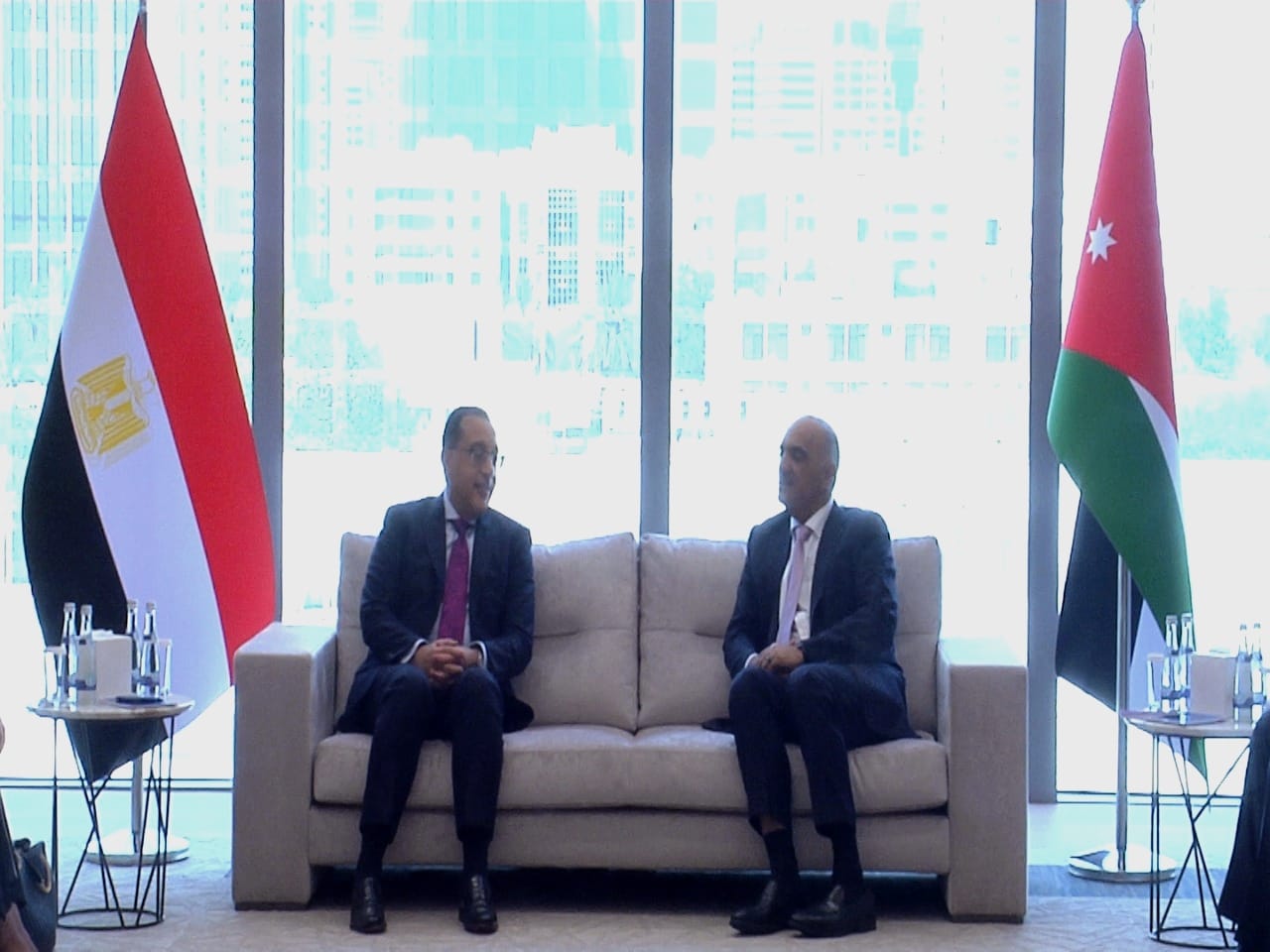 Ammon News – Prime Minister Bisher Khasawneh and his Egyptian counterpart Mustafa Madbouly met on Sunday to discuss Jordanian-Egyptian relations and prospects for cooperation in a wide range of areas.

The talks, which took place in the UAE capital of Abu Dhabi, followed a Jordanian-Emirati-Egyptian meeting aimed at laying the groundwork for future integration between the three countries.

The two prime ministers underlined Jordan’s and Egypt’s brotherly and historical ties, emphasizing the importance of bolstering cooperation in all political, economic, and commercial spheres, as well as overcoming any barriers that may stand in the way.

According to Khasawneh, Jordanian-Egyptian ties are a paradigm for inter-country relations, and the two nations are pursuing similar approaches to many regional and international challenges and crises.

The two prime ministers stressed the importance of the Integrated Industrial Partnership Initiative, which Jordan, Egypt, and the United Arab Emirates signed today in Abu Dhabi, for long-term economic development. They also underlined the need to move on with projects proposed by the initiative to serve the interests of the three countries and their peoples.